A joint statement against abuse by almost 80 arts organisations coincides with the launch of a survey seeking to uncover the extent of sexual harassment in the sector. 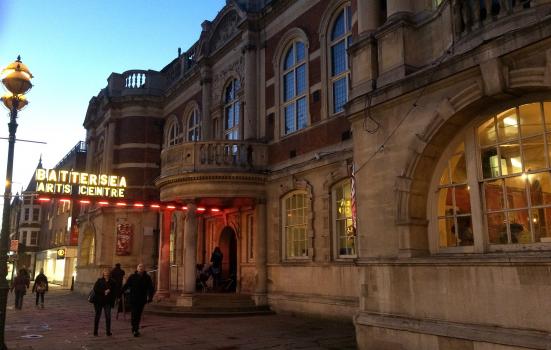 Battersea Arts Centre is one of almost 80 organisation to sign the statement so far
Photo:

Theatres and arts organisations from across the UK have pledged to eradicate sexual harassment from the industry.

A joint statement, which was published by UK theatre on Monday and signed by almost 80 companies so far, follows recent revelations of harassment and inappropriate behaviour by high-profile figures in arts, culture and entertainment.

It coincides with the launch of a survey by ArtsProfessional – which anyone working in arts and culture is invited to complete – that aims to uncover the extent of sexual harassment in the sector, and to find out whether enough is being done to tackle the issue.

The statement, which has been signed by representatives of Battersea Arts Centre, Belfast’s Lyric Theatre, Northern Ballet, the National Theatre of Scotland and many others, states: “Following the reports and allegations of the last two weeks, first in America and, more recently, closer to home, we have come together to make clear that there can be no place for sexual harassment or abuse of power in our industry.”

Its release follows the launch of a police investigation into allegations of sexual assault by Hollywood producer Harvey Weinstein, and revelations published by The Guardian last Friday that Max Stafford-Clark, founder and Artistic Director of Out of Joint, was forced to leave the theatre company following a formal complaint by a member of staff about inappropriate behaviour.

The statement continues “We salute the bravery of everyone who calls out this abusive behaviour. We support a theatre culture that empowers people to speak up: a culture where abuse of power is always challenged.”

A formal complaint against Stafford-Clark was made by the head of Out of Joint’s education programme about lewd comments the director made to her. A former personal assistant and a playwright also spoke to The Guardian about similar instances.

A spokesperson for Stafford-Clark told the newspaper he apologised for any offence. They added the director had suffered from the “occasional loss of the ability to inhibit urges” after a stroke in 2006 but said this wasn’t “an attempt to dismiss his behaviour”.

The UK theatre statement says: “It is the responsibility of the industry to create and nurture a culture where unacceptable behaviour is swiftly challenged and addressed.

“We want to be absolutely clear and say again: there is no room for sexual harassment or abuse of power in the theatre.  Everyone deserves to enjoy a happy, healthy and safe working environment. We will support you to speak out, and we will hear you when you do.”

The ArtsProfessional survey will run until Wednesday 15 November, and a report on its findings will be published in the new year.