The latest data reveals a shift in both employment practices and audience patterns among Arts Council of Wales’ Revenue Funded Organisations. 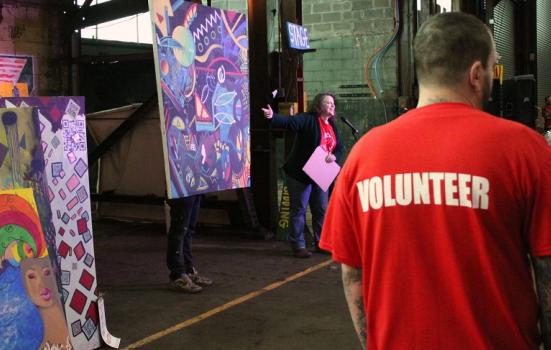 Nearly a quarter of the workforce (22%) at the Arts Council of Wales’ (ACW) 72 Revenue Funded Organisations (RFOs) are now volunteers, while full-time paid employees make up less than 18% of all workers. Key data from ACW’s bi-annual survey of RFOs reveals that the number of paid employees working for RFOs fell by 3% in 2013/14 while the volunteer workforce grew by over 25%. Casual and contract staff took the biggest hit, with numbers reduced by 9%, suggesting a growing culture of replacing casual staff with volunteers.

Just 2% of RFOs’ employees were from Black and minority ethnic backgrounds last year, compared with 4% of the general population. Disabled people were found to make up just 1.2% of the workforce, a fall of 17% from the previous year and significantly lower than the 23% of residents in Wales identified as disabled or suffering from a long-term health problem by the 2011 census. However, the number of disabled people on boards doubled, reaching 4.5%.

The RFO figures also give an insight into audience trends in Wales, and to some extent mirror the findings of the Wales omnibus survey. Participation in arts activities run by RFOs increased last year, while attendance at events fell. Almost 670,000 children and young people took part in arts ‘sessions’ held by RFOs, an increase of 9% on the previous year. Participation by adults rose by 7%, which was largely attributed to an increase in the number of sessions held. However, an increase in the number of events didn’t result in a similar boost in attendance: there were 9% more events held in 2013/14 than the previous year, but attendance fell by almost 10% to 3.8m. This trend was most severe for touring companies, which boosted the number of performances by a third, yet experienced a 25% fall in average attendance. In total, RFOs had 349 separate productions in performance during the year, 60 more than the previous year, and over two thirds of these were new productions being performed for the first time – an increase of 19% year on year.