The gender pay gap is smaller in the arts than other sectors, although some organisations are still trailing behind including ‘Times Top 50 Employer for Women’ the Southbank Centre. 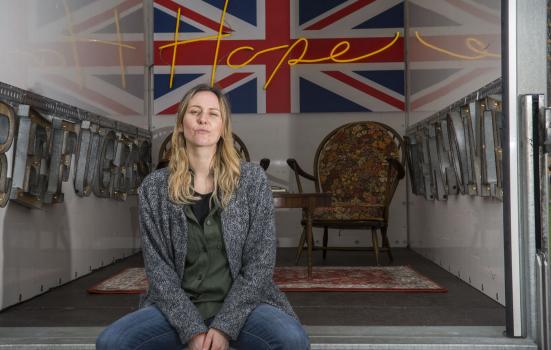 Arts and cultural employers are among those leading the charge in fixing the gender pay gap, new data has revealed.

A quarter of the 40 major arts and culture organisations that had to report their gender pay gap details to Government this week paid their female staff a higher average hourly rate than their male employees last year.

Overall the major arts employers still pay men more than women – there is a median hourly pay gap of 4.4%, but this is lower than the average of 12% across all 10,000 reporting employers.

Women are also slightly underrepresented in the top positions across the 40 cultural employers: they make up 56% of the workforce but just 51% of the highest-paying roles. However, across all reporting organisations women hold just 39% of these top jobs.

The National Theatre and Sage Gateshead are among the ten to pay women more than men, along with four employers based in Scotland, including National Museums Scotland where women’s median pay was 15% higher than men’s.

Some arts and cultural organisations, however, reported gender pay gaps that are more severe than the average across UK businesses. The Southbank Centre, which has been named a ‘Times Top 50 Employer for Women’ for three years in a row, reported a median pay gap of 18.3% in favour of men.

On average, the arts gender pay gap is more severe in London (7.2%) and several commercial arts organisations make the list of employers with a pay gap that is wider than the UK average: Live Nation (31%), Nimax Theatres (14.9%) and Delfont Mackintosh Theatres (13.4%).

Welsh National Opera attributed its gap to the large number of men it employs in senior positions in its orchestra. It announced a series of actions to reduce the gap, including amending its recruitment practices, running leadership workshops for women and setting targets for the number of women employed on its freelance creative teams.

Explaining its 16.3% gap, Glyndebourne pointed to the seasonal nature of its operation, but said it was “confident we pay men and women equally for doing like for like work”.

The Southbank Centre also defended its approach to equality, saying it tries “to be as flexible as possible to accommodate the requirements of women”. It said key to improving its 18.3% pay gap would be employing more women on its production team, which it hopes to do through its apprenticeship scheme.

Any business or charity with 250 or more employees is now required to declare its gender pay information annually, including the difference in hourly pay between men and women, bonus payments and the proportion of men and women in four pay brackets.

40 arts organisations or arts facility operators reported this year, including two organisations with less than 250 employees that were not required to report: Scottish Opera and the National Gallery.

Arts Council England reported its data early, revealing women were paid 2.6% less than men. Although the funder highlighted that it had narrowed the gap to 0.3% in favour of women by February 2018.