Part of the NPO funding previously earmarked for the venue will now be distributed in the local area to promote arts activity. 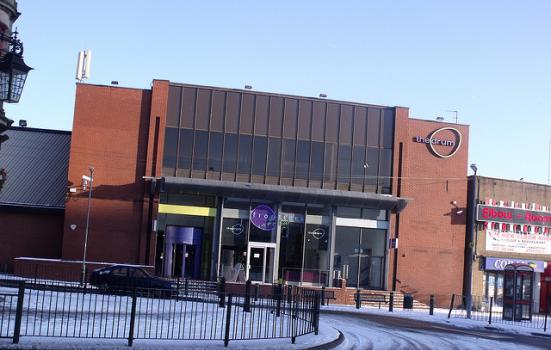 The building formerly used by Birmingham’s leading diverse arts organisation is unlikely to remain in use as a cultural venue because none of the bids submitted to Birmingham City Council to run the venue were “capable of a sustainable operation”.

Based in the Aston area of the city, The Drum had its origins in the early 1990s, aiming to “address the absence of Black and Minority Ethnic voices and presence in the mainstream”. It went on to offer a programme of intercultural arts for the area’s diverse communities and beyond. It moved into the site of the former Aston Hippodrome in 1998.

But the venue closed this summer after Newtown Cultural Project Ltd, the organisation that ran the venue, went into liquidation. Expressions of Interest to run The Drum were invited by a deadline of 1st August 2016.

A spokesperson said: “Unfortunately it has not been possible to progress the proposals received, as none was capable of a sustainable operation at the premises.

“The future of the building is therefore under consideration.”

End of the Drum

The Drum was an Arts Council England (ACE) National Portfolio Organistaion which received £500k a year in funding. An ACE-commissioned review of Newtown Cultural Projectprompted the board to pass a Special Resolution and wind-up activities in March this year.

Events continued as planned until June, before the building reverted to its landlords, Birmingham City Council.

The council also stated it has no plans to develop new premises in Birmingham to replace the Drum, and that its priority is to ‘ensure delivery of cultural programmes in the area’ and ‘building capacity for the future’.

To this end, it has partnered with ACE to deliver a £500k fund to “build local leaders from the Black and Minority Ethnic communities” and “strengthen organisations” in Aston and Newtown.

This is split into a £350k fund and a £150k fund. The former aims to increase local participation and develop audiences, focusing on young people aged up to 19 and ‘community elders’ facing social and economic exclusion; the second aims to develop the skills and capacity of local leaders, particularly BME creative entrepreneurs and local BME producers.

Peter Knott, Arts Council England Area Director, said: “This joint funding presents a great opportunity for residents, communities and businesses to come together to be ambitious and creative, shaping the future of art and culture locally.

“It will open up new opportunities that we hope will become a firm foundation for future success, supporting emerging leaders to become established, and giving artists – particularly from black and minority ethnic backgrounds – the investment they need to produce work that can be enjoyed by people in Birmingham and beyond.”

This scheme is open for applications until 7 November 2016.