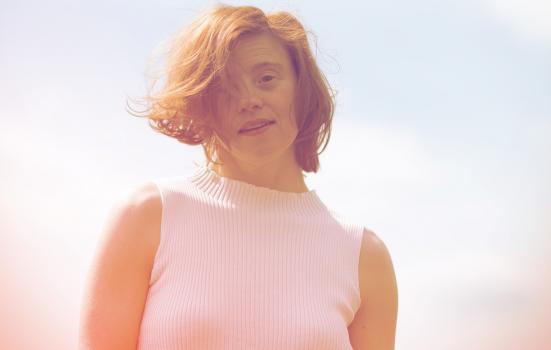 Actor Sarah Gordy was awarded an MBE for ‘services to the arts and people with disabilities’.
Photo:

Soprano Kiri Te Kanawa is the only arts leader to be granted the prestigious Members of the Order of Companions of Honour award, which may only be held by 65 people and the Queen at any one time.

Theatre, literature and arts personalities are well-represented among the new Dames and Knights. They include Chief Executive of the Royal Academy of Arts Charles Saumarez Smith; former Director of the Horniman Museum Janet Vitmayer; and author Kazuo Ishiguro. Also knighted is philanthropist Lloyd Dorfman, whose financial support enabled the creation of a new performance space at the National Theatre.

Gillian Moore, Director of Music at the Southbank Centre, and Kevin O’Hare, Director of the Royal Ballet, are among the 11 arts figures to be awarded a CBE.

Amongst those to receive an OBE is Professor John Last, Vice Chancellor of Norwich University of the Arts, whose recent academic paper urged the Government to offer creative subjects “parity of esteem” with STEM subjects (Science, Technology, Engineering and Maths). OBEs have also been awarded to Sally Tallant, Director of Liverpool Biennial; Diana Owen, former Director of the Shakespeare Birthplace Trust; and Paul Roseby, CEO and Artistic Director of the National Youth Theatre of Great Britain.

In addition, actor Sarah Gordy, Mencap’s first celebrity ambassador with a learning disability, was awarded an MBE for ‘services to the arts and people with disabilities’.

She commented: “I am so surprised and thrilled to receive such an honour. I am hoping it will be an inspiration to young people with disabilities and their parents.

“I have been a professional actor for 17 years and I am pleased to say things are beginning to change. My industry has started to understand that diversity is an opportunity not a problem.”

The full list of those honoured for services to the arts is as follows:

Members of the Order of Companions of Honour