Campaigner and broadcaster Andrew Miller and theatre-maker Jess Thom are among those included in the Shaw Trust’s latest Disability Power 100. 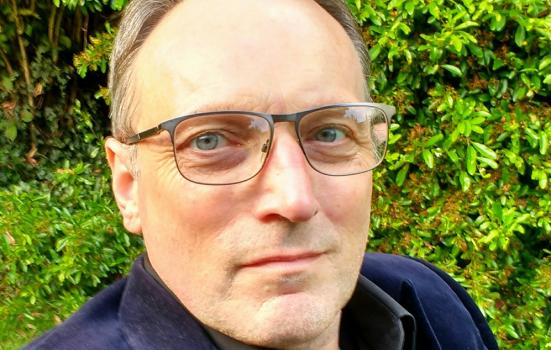 Arts campaigner and broadcaster Andrew Miller is among several cultural sector figures recognised as being among the most influential disabled people in the UK.

Miller, the government’s first Disability Champion for arts and culture, is named in the latest annual Shaw Trust Disability Power List 100. The charity's list, compiled by an independent judging panel, includes people from sectors including arts, fashion and design; sport; and politics and law.

Miller is a National Council Member of the Arts Councils of both England and Wales, and a Director at Welsh National Opera and digital arts agency The Space.

Sir Nicholas Serota, chair of Arts Council England, was among leading arts figures to welcome Miller’s inclusion on the list. He said: “Andrew has been an instrumental figure in developing the Arts Council’s strong commitment to diversity and equality, tackling the issues faced by disabled artists, leaders and audiences.”

Miller, a regular columnist for Arts Professional, is developing a free national arts access card for disabled audiences. He also chairs the BFI Disability Advisory Forum and is Disability Advisor to the Paul Hamlyn Foundation.

He said it was “empowering to be recognised alongside so many distinguished disabled individuals…The Shaw Trust Power List helps to make disability visible and that's what I have always set out to do throughout my career”.

Miller is one of six people named in the list's ‘arts, fashion and design’ category. Others include Suzanne Bull, Founder and Director of the charity Attitude is Everything, which improves deaf and disabled people’s access to live music.

He welcomed the visibility provided by the list for disabled people, but added that there was the potential to recognise even more disabled arts sector professionals.

"There's a lot of disabled people in the arts working across the country that one might expect to see there, but that's obviously a decision for the decision-making panel for this," he said. He declined to say who else he thought should have been included.

He added: "I think the sector could consider doing its own power list for disability or for other underrepresented groups."

Jen Blackwell, who co-founded the charity DanceSyndrome, which provides inclusive dance opportunities, is recognised in the ‘education, public and third sector’ category.

Activist, comedian and theatre-maker Jess Thom, who co-founded the social enterprise Touretteshero, which celebrates the humour and creativity of Tourette’s Syndrome, is among a number of performers on the list.

Thom recently highlighted the need for arts venues to stage more relaxed performances. “I’m tired of saying the same thing, making the same points, speaking at conferences and drawing attention to the barriers and what needs to be done to dismantle them, only for the situation to remain largely unchanged,” she wrote.

Other performers recognised include the actor Warwick Davis and the comedian Lee Ridley, who won Britain’s Got Talent last year as Lost Voice Guy.

Relaxed performances: why the sector has to do better
No access, no public funding?
Wheelchair users barred from online bookings