Arts attendance among people living in the most deprived areas has grown, but the gap between these areas and those of least deprivation has widened over the past decade. 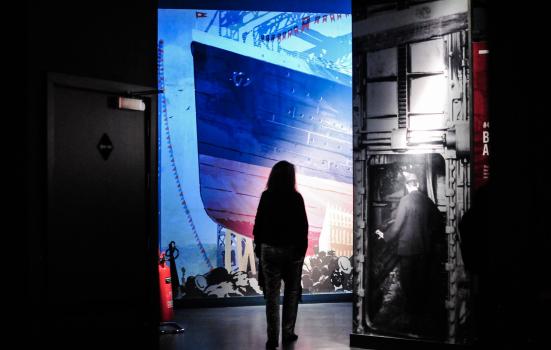 Engagement with the arts in Northern Ireland has grown more rapidly than in England, according to new figures.

In 2016/17, 81% of adults engaged with the arts at least once. This is an increase of seven percentage points since 2007/8, with arts attendance, rather than participation, responsible for most of this growth. Since then, the proportion of adults who attended an arts event is up from 71% to 79%, while arts participation has seen more modest growth, from 28% to 32%.

48% of adults visited a museum or science centre last year, a figure which has been fairly consistent over the past five years. Again, there is a marked difference between those living in the most and least deprived areas, where 40% and 65% respectively had visited a museum in the past 12 months.

The popularity of Northern Ireland’s national museums has fallen, with 33% of adults visiting at least once last year, down from a high of 38% in 2012/13.

The figures, produced by the Analytical Services Unit of the Department for Communities, is based on data gathered in the Continuous Household Survey.