Creative arts and design degree courses are among the least likely to attract BAME students. 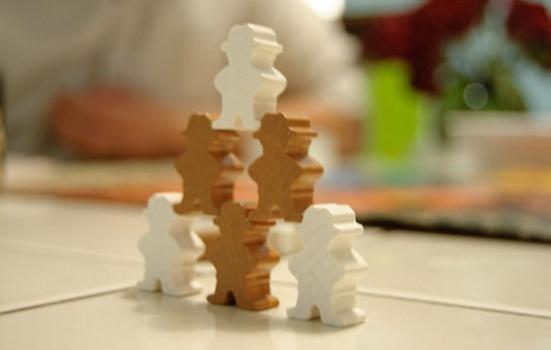 Ben Mason on VisualHunt / CC BY

University degree courses in arts subjects are among the least ethnically diverse in the country, new research by AP reveals.

In 2017/18 undergraduate arts degree courses saw an 86% enrolment by students classified as white, placing arts degrees 15th out of 19 subject categories. This was down from 87.2% four years earlier, in 2014/15.

The data, from the Higher Education Statistics Authority (HESA), showed an increase of BAME student take-up in arts degrees across the period of just 1.2%.

By contrast, other subjects improved their ethnic diversity more quickly. Medicine and dentistry, taken by just under 15,000 students in 2017/18, saw the second-fastest growth in non-white students, with 34.2% enrolling in 2017 classified as BAME, an increase of 3.6% over the four-year period.

Law remained the degree course with the largest proportion of BAME students, with 6,575 students representing a third of the cohort - an increase of 2.7%.

But the degree subject area to improve the most over the four-year period was what the HESA classifies as degrees with more than one specialism. These ‘Combined’ courses comprise seven subject areas including ‘research methods’, ‘general science’ and ‘general arts’. The proportion of BAME students increased by 4.4%, with the proportion of white students falling from 90.8% to 86.3% across the four-year period.

However, two subjects saw a drop in enrolment from BAME students and an increase in white students; mass communications and documentation and computer science proving more attractive to new white undergraduates than to their BAME counterparts.

The findings align with general trends in the cultural sector, which has seen slow progress on diversity at England’s largest arts organisations. The most recent data from Arts Council England shows just 5% of staff at its portfolio of core-funded organisations identify as disabled, despite making up 20% of the working age population. And 12% identify as BAME, compared to 16% of the working age population.

These persistent inequalities may reflect structural problems in the arts, which is dominated by a culture of low pay and insecure working environments, and at universities – which have managed only limited collaboration with BAME organisations in recent years.

The growth in Law and other 'acceptable' professional degree recruitment compared with arts degrees among BAME students is to be expected. As has often been pointed out the pressure from BAME parents is to achieve a well paid career, and the arts is clearly for many not such an option. However, as long ago as the 1990s we achieved over 20% BAME recruitment on an arts degree, so it is possible. Graduates from that course include Kwame Kwie Amah(Young Vic), Rosalind Attile(BBC) and Rahila Gupta(screenwriter/activist). For lessoned learnt and some guide notes please see http://blog.bcre8ive.eu/inclusivity-in-the-creative-industries-first-steps/