The consultation, which will guide spending for the period 2019-24, includes proposals for introducing three- to five-year funding periods for grants from the National Lottery. 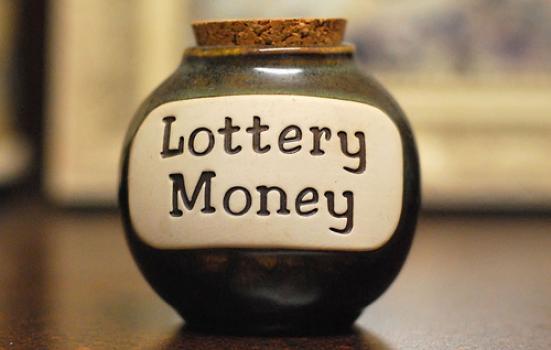 The Arts Council of Wales (ACW) is asking the public how it should use funding generated through the National Lottery over the next five years, including whether it should introduce longer-term funding periods and whether it should do more to support career development in the arts.

The public consultation will inform its spending of lottery money between 2019 and 2024. ACW is inviting responses on topics ranging from improving diversity, redistributing funding across the country and providing more money for business development.

The initiative comes amid continued pressure on national arts budgets, and as money for good causes generated through the National Lottery begins to pick up after years of decline.

A key suggestion is for ACW to grant lottery funding to arts organisations over three to five-year periods through a structured development programme. The funder believes a process of inviting submissions every two years could encourage longer-term thinking, but may reduce the number of awards it makes.

“It could also mean that people would spend less time writing funding applications and more time working on their projects,” the document adds.

Such a could prove controversial, given the expectation that Lottery funding should support activities are ‘additional’ to current Government funding schemes. ACW is currently the only one of the UK’s national funders to not use money from the lottery to support core activity. Arts Council England began awarding Lottery funding to its National Portfolio Organisations (NPOs) that focused on touring and young people during the 2015-18 funding round, awarding a total of £285m to 149 NPOs. The Arts Council of Northern Ireland and Creative Scotland have also used lottery funding to offset falls in Government grant-in-aid for their portfolio organisations.

When asked whether the lottery funding would be used for specific projects, or as core funding, an ACW spokesperson told AP the answer “depends on the outcome of the consultation”.

The public is also asked to weigh in on suggestions that ACW should use lottery funding to:

ACW also asks whether lottery funding should be used to address the underrepresentation of people with protected characteristics and create more opportunities to support the creative work of disabled and BME artists.

As the furore over the alleged sidelining of Welsh artists at National Theatre of Wales continues – with ACW itself stepping into the debate and urging the arts organisation to scrutinise its programming – the consultation document also suggests a series of actions to encourage the creation of work in Welsh, including allocating specific funding to support the development of work in the language. It says this is necessary to ensure Welsh language is “truly relevant beyond the school gates”, and the country fulfils its goal of one million Welsh speakers by 2050.

“If an artist is to make a career based in Wales, it will be because producers, galleries and venues will themselves have a stake in nurturing Wales’ creative talent,” the document adds.

ACW is running a series of public events to discuss the consultation, which will close on 15th February 2019. The next event will be in early December.

“How we share our Lottery funding will help us make sure that the arts truly are for everyone, not just the few,” an ACW spokesperson said.

“It doesn’t matter where you live, how old you are, or what is your background and identity, you should have access to the best Wales has to offer.”

ACW, which has granted £287m of lottery money to 13,000 projects over the past 23 years, added that it must do its best to make sure it invests “in the right projects in the right places”.

“Although we may not be able to adopt every suggestion, we will think very carefully about what you are saying and do our best to take your views into account,” it said.