At least £65m is likely to be channelled into the arts in England, after ACE commits to releasing its excess Lottery reserves. 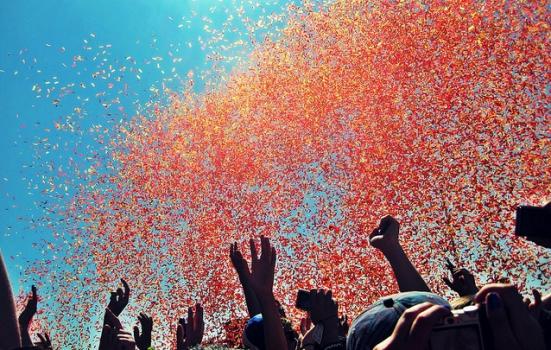 Arts Lottery funding forged ahead again last year, with Arts Council England’s (ACE) share of proceeds from the National Lottery Distribution Fund growing by nearly £16m to reach £268m. This figure is the second highest ever, just short of the all-time high of £272m in 2014, and £90m more than five years ago.

The latest growth in Lottery revenues has coincided with a significant fall in ACE’s Lottery grant-making. According to its annual report, ACE made just £140m in grant commitments in 2015/16, compared with £396m the previous year, when 96 of its National Portfolio Organisations (NPOs) were offered three-year core funding from the Lottery for the first time.

Following years of stockpiling, ACE has now pledged to release some of its Lottery reserves, meaning at least £65m is likely to be channelled into funds for the arts.

ACE’s Lottery reserves reached an all-time high of £334m in March 2016 – more than triple the 2009/10 figure. Building excessive reserves is a practice that is frowned upon by the Public Accounts Committee, which in the past has criticised Lottery distributors for failing to spend cash that should be “funding worthy community projects, not sitting in a bank account doing nothing”.

ACE’s policy is to not allow its Lottery balance to exceed a year’s worth of income, whilst preserving a balance of at least £50m to £80m in each year. But in recent years it has breached this by keeping significantly more in reserve.

Following the latest boost to arts Lottery income ACE has now pledged to bring down its Lottery balance during its next budget-setting period “to a level more in line with the minimum balance” required by its own policy. Such a move would release a at least £65m, but potentially three times that amount.

The timescale for the release of the cash, and the purposes for which it will be earmarked, have not yet been determined. Neither has the geographic split of the funding, although CEO Darren Henley has made a commitment to investing 75% of Lottery funds outside London by 2018.

An ACE spokesperson told AP: “We are still in the process of agreeing budgets for all our funding streams, including lottery. Further information will be available in October when we announce our overall investment approach for 2018 onwards.”