Sector support for the sweeping changes, including four-year national portfolio agreements, is generally high, despite lingering concerns about funding. 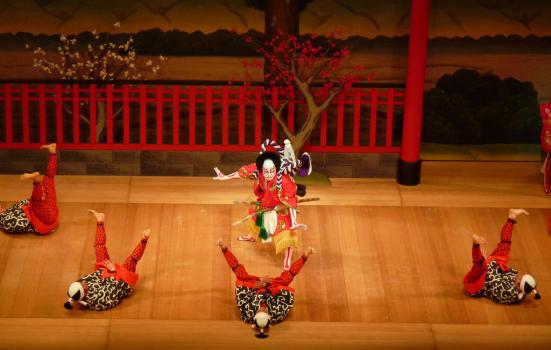 Arts Council England (ACE) has confirmed the reforms to its investment processes, proposed in February, will become official policy.

Research by consultants ComRes found broad support across the arts sector for the proposed changes, including the introduction of four-year national portfolio funding agreements, the ‘banding’ of the national portfolio, and the integration of funding for museums and libraries.

Darren Henley, Chief Executive of ACE, said: “These changes will help us build on the progress we’re making towards fulfilling our strategic goals. They will ensure the impact of our investment is far reaching; that we support a wider range of organisations and artists: and that we do more to develop talent, encourage ambition and champion our national creativity.”

Some of the 1,000 research respondents raised concerns about the implications for Grants for the Arts funding if museums and libraries were integrated, given ACE’s lack of commitment to increasing the overall budget.

These comments were echoed by ACE Deputy Chief Executive Althea Efunshile, speaking in a discussion about the new changes on the Arts Council’s Soundcloud: “I think there’s likely to be a little bit more competition. But that’s healthy, because it means we’ll be investing in the most innovative organisations.”

But she stressed that there would be few changes. “I think it’s important we don’t overestimate the demand we’re going to get,” she said. “I don’t think anyone should come into this worrying.”

From 2018 the national portfolio will be divided into three bands based on level of funding, with different monitoring and reporting demands applied to each band. The consultation revealed strong support for this, but some raised concerns that it would introduce a sense of ‘hierarchy’ among national portfolio organisations (NPOs).

Addressing these concerns, Matthew Tanner, Chair of the Association of Independent Museums, said: “There is no hierarchy. There is no prestige about being in any particular band.”

ACE said it would not take forward the suggestion to introduce a two-year ‘break clause’ into NPO agreements, which would have seen funding cut and reallocated from underperforming organisations.

It also rejected calls to begin offering more detailed feedback for unsuccessful Grants for the Arts applications of under £15,000, as the administration costs would be too high.

ACE will publish guidance for national portfolio applicants and more details about changes to the strategic funds and Grants for the Arts programme in October.

ACE to restructure arts funding from 2018