ACE does a U-turn on measures to protect its reputation as pressure mounts to respect freedom of expression. 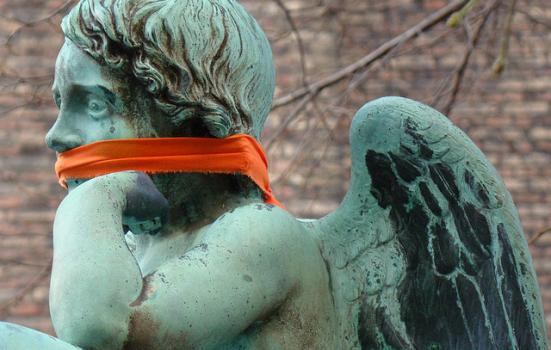 Arts Council England (ACE) is changing the draft terms and conditions for its National Portfolio Organisation (NPO) grants. Last week AP revealed that a clause in its draft contracts permitted ACE to “impose additional terms and conditions” on an NPO if it judged that the organisation’s staff, trustees, volunteers or anyone else “closely involved” with it may be acting so as to have a “detrimental effect… on its [ACE’s] reputation as a distributor of public money or as a Government sponsored body”. But further to a storm of protest on Twitter and concerns being raised across the UK about the implications of the contract on freedom of expression, ACE has backed down and will be removing from its terms and conditions all reference to its reputation and striking out the all-encompassing list of people bound by these terms.

The first hint of a possible U-turn was given last night in a late-night tweet by ACE Chair Sir Peter Bazalgette, who in conversation with @Article19, said: “that is not the clause going into the NPO agreements in January. So remember not to believe everything you read." Given the implication by the ACE Chair that AP’s reporting of the story was inaccurate, AP asked ACE to clarify the situation and for Sir Peter Bazalgette to correct the impression he has left on Twitter that the story is not to be believed. A spokesperson said: “Whilst there are no factual inaccuracies in your piece, as you are aware, we feel that it isn’t balanced. If you had made it clear during our exchange that you felt this was a ‘gagging clause’ we would have responded to your inaccurate interpretation of the clause more specifically. It has never been our intention to restrict organisations from speaking about Arts Council decisions or policies, and/or to allow for funds to be withdrawn if an organisation takes an artistic position that is politically sensitive. The Arts Council seeks to protect, not undermine freedom of expression at every opportunity. However, it’s clear that the wording was open to misinterpretation, and so we have taken the opportunity therefore to clarify the wording of this clause… We may also make other tweaks and changes to the draft Funding Agreement during the negotiation phase to clarify and simplify wording, and to respond to feedback where appropriate.”

ACE has also given two examples of how the new clause might be applied. One relates to the failure of an organisation with respect to Child Safeguarding: “if a Board were to refuse to take steps to suspend a volunteer, or prevent him from working with children whilst a police investigation was underway.” The other relates to an organisation’s failure to meet project milestones that would indicate that a talent development programme would not be delivered.

For the avoidance of any misunderstanding, we publish here a full transcript of AP’s email exchange with ACE in reverse date order.