Arts organisations and those connected to them must be sure not to do anything that could damage ACE’s reputation as a Government sponsored body, else their grants could be at risk. 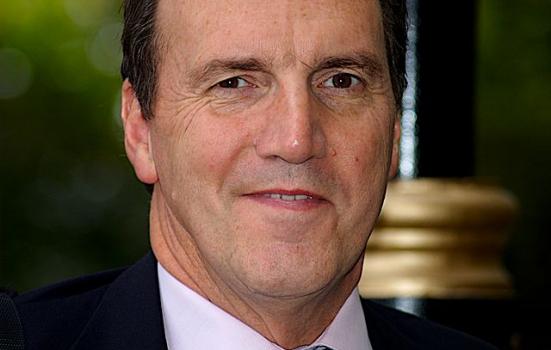 Arts Council England (ACE) is inserting a new clause into its National Portfolio Organisation (NPO) grant contracts for 2015-18 to deter any individual involved with those organisations in any capacity from doing anything that ACE considers might damage its reputation. Under the new draft contract, from 2015 ACE will be able to “impose additional terms and conditions” on an NPO if it judges that the organisation’s staff, trustees, volunteers or anyone else “closely involved” with it may be acting so as to have a “detrimental effect… on its [ACE’s] reputation as a distributor of public money or as a Government sponsored body”. Under the 2012-15 NPO contracts, ACE could withhold or demand repayment of all or part of an organisation’s grant if it acted in a way that was likely to harm ACE’s reputation, and this clause remains in the new contract, but the much broader scope of the new clause has raised serious concerns across the sector.

Potentially the new clause could not only prevent anyone connected with an NPO from speaking publicly about ACE decisions or policies, but it could also give the funding body the power to withdraw from arts activities that it initially agrees to fund, but which it subsequently judges to be too politically or socially sensitive. Simon Hughes MP, Minister of State for Justice and Civil Liberties, told AP: “I think this clause is too extreme. I understand that ACE want to discourage organisations from public criticism but this wording is drafted also to control individuals and curb their fundamental freedom of speech. I would urge funded organisations to think carefully before signing up to this restriction of activity for their staff, governing bodies and volunteers.”

Dorothy Wilson, Chief Executive and Artistic Director at mac in Birmingham, is one of a number of NPO leaders who will be drawing it to the attention of their boards. She told AP: “I would be very surprised if my board didn’t find this a step too far. They are well versed in striking out unreasonable contract clauses. This normally arises when funders demand far too much influence over the organisation in return for very small amounts of money. In the case of the draft NPO agreements, the board has already started to look at the detail and it is clear that several of the terms and conditions will need to be negotiated.”

Champion of free speech Index on Censorship (IoC) is an Arts Council England NPO which has been awarded £132k in ACE’s 2015-18 funding round. With a remit of “fight[ing] for free speech around the world, challenging censorship whenever and wherever it occurs” it sets out to defend freedom of expression for those facing censorship, including artists, writers, social media users and citizens, and “endorses Article 19 of the Universal Declaration of Human Rights, which states that ‘Everyone has the right to freedom of opinion and expression’”. IoC will be considering the acceptability or otherwise of the new draft clause that ACE is proposing. Chief Executive Jodie Ginsberg told AP: “We review all major funding agreements at our quarterly board meetings and the Arts Council agreement will be discussed at our next such meeting.”

ACE has defended its revised NPO funding contract, saying that it contains “no substantial changes”. AP asked ACE whether an NPO staging a play about corruption in arts funding would be judged as having a detrimental effect on its reputation as a distributor of public money or as a Government sponsored body. A spokesperson replied: “Regarding any actions that the Arts Council might wish to take to manage a reputational risk – we fully support artistic freedom of expression and would certainly not consider that using public funds for a play critical of the Arts Council would lead to any breach of our Funding Agreement, but an organisation undertaking any activity which was in breach of any legislation would of course be an entirely different matter.”

ACE is the only UK arts council to write such a gagging clause into its contracts. Standard contracts at the Arts Council of Wales permit the funder to reclaim grants only if its reputation is likely to be damaged because a funded organisation has acted “illegally, fraudulently or negligently”. Neither Creative Scotland nor the Arts Council of Northern Ireland makes any mention of their reputation in their standard grant funding contracts.

For those interested in the Arts Council’s full response in relation to the clauses mentioned in the article above, please see the information given to Arts Professional below. “As you would expect, ahead of the next three year funding period the Funding Agreement was routinely reviewed and has been slightly updated - but there are no substantial changes. The Funding Agreement for 2015-18 contains two distinct clauses relating to the Arts Council’s rights to take action under the Funding Agreement: clause 7 provides for situations where the grant may need to be withheld or repaid and clause 8 covers situations where we are not acting under clause 7 but wish to ensure full delivery of the Agreed Activity and may need therefore to add additional conditions during the term of the grant. Both clauses contain reference to a reputational risk to the Arts Council as a distributor of public funds. The Arts Council has a duty to protect public funds and to ensure that they are spent properly and in accordance with the Agreed Activity. If, for example it was likely that a funded organisation was not going to deliver any Activity and/or used the funding for activities not related in any way to their application, then we would firstly consider imposing an additional condition such as setting precise milestones and /or if there was no chance of any satisfactory delivery then we would use clause 7 to stop paying the grant. Regarding any actions that the Arts Council might wish to take to manage a reputational risk- we fully support artistic freedom of expression and would certainly not consider that using public funds for a play critical of the Arts Council would lead to any breach of our Funding Agreement but an organisation undertaking any activity which was in breach of any legislation would of course be an entirely different matter.” In addition and for clarity for those that won’t have seen the Funding Agreement, the primary reason for the clause is to protect the use of public money. The full term of the relevant part of the clause mentioned in our response, is as follows: • acts in such a way that the Arts Council believes it has significantly affected the delivery of the Agreed Activity, or is likely to harm the Arts Council’s or the Organisation’s reputation or it is in the Arts Council’s discretion necessary to protect public money
I am wondering if these clauses will possibly contravene the Whistleblowing protections given to employees in July 2013. Although, ACE is not an employer of NPOs’ staff, any forced clause(s) impinging on those rights will leave NPO employers exposed to illegal muzzling of staff or lead to illegal employment contracts or codes of conduct. I don’t see how any NPO can advisedly go down that route or that ACE might not find itself in hot water if an employee went full out for vicarious liability for being bullied by them through its NPO. ACAS states “If workers bring information about a wrongdoing to the attention of their employers or a relevant organisation, they are protected in certain circumstances under the Public Interest Disclosure Act 1998. This is commonly referred to as 'blowing the whistle'. The law that protects whistle-blowers is for the public interest - so people can speak out if they find malpractice in an organisation. Blowing the whistle is more formally known as 'making a disclosure in the public interest'.” I find it hard to believe that ACE and its legal department don’t see that this is likely to be in contravention of recruitment and HR practise across its funded companies. Additionally, all working actors and stage managers across the UK are employees under ITC and TMA agreements. Are they all gagged into silence too?
ACE's response above is fails in its attempt to explain how reasonable they're being. "likely to harm the Arts Council's reputation" is unambiguous. And bullying.