A joint campaign by a-n and the Incorporated Society of Musicians is lobbying for continued freedom of movement post-Brexit for anyone working in the creative industries. 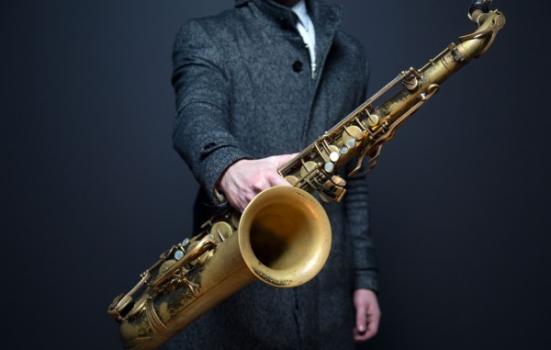 A new campaign calling for freedom of movement for anyone working in the creative industries to be protected following Britain’s exit from the European Union has been launched by two arts membership organisations.

Launched at event in London on Wednesday, #FreeMoveCreate represents the collective voice of more than 30,000 musicians and artists in the UK who are members of the Incorporated Society of Musicians (ISM) and a-n The Artists Information Company.

Both organisations also shared the results of respective member surveys, which found 40% of artists had travelled regularly to Europe over the past 12 months, and almost 20% of musicians noticed a negative impact on their work following the referendum vote to leave the European Union.

“Our members travel to Europe upwards of 26 times a year, and the average tour length is seven days but some members are there for 60 days at a time,” said Deborah Annetts, Chief Executive of ISM. “Our research shows that visas are not the solution and can cause even more problems.”

She added: “Freedom of movement is vital to our creative industries. We urge everyone who works in these crucial industries – whatever your trade might be – to sign up to #FreeMoveCreate.”

#FreeMoveCreate calls for people working in the creative industries to sign an online petition and support the British Council’s Shared European Future recommendations.

The launch of the campaign coincides with the release of a British Council communique, signed by over 400 leaders in the arts, sciences and education across Europe, which raised the possibility of free movement through a “simple, cheap and easy to obtain ‘culture and education permit’”. The communique echoes #FreeMoveCreate’s belief that any such measures should be quick to process, low-cost, and only introduced if “absolutely necessary”.

The results of ISM’s Brexit survey, announced at the event, reveal 70% of professional performers travel overseas for work, with some musicians travelling to the EU more than 40 times a year. Almost 60% of the musicians polled said they considered maintaining freedom of movement their number one priority.

a-n’s artists’ survey had similar conclusions, finding 19% of artists had seen an increase in costs following the Brexit vote, 10% had seen a reduction in funding, and 13% had experienced a drop in sales.

Speaking about the campaign, Director of a-n Jeanie Scott added: “Travel can play a vital, stimulating role in an artist’s career development, and an open, stable market place is just as important to ensure they can afford the costs of making, selling and distributing their work in the UK and beyond. But our survey suggests a reduction in opportunities for artists in the last year, an increase in costs, and a reduction in sales through EU routes.

“We must make sure these issues, and our artists’ growing concerns, are heard within the many Brexit discussions and negotiations that will take place over the coming months. And we know their concerns are shared by individuals across many artforms – which is why #FreeMoveCreate will work to make sure our largely self-employed artist communities across the UK can engage with and contribute to the campaign.”