Arts and culture valued by vast majority of local authorities

NLGN praises local authorities seeking new models for delivering arts and culture, and calls on more to do the same in the face of continuing cuts. 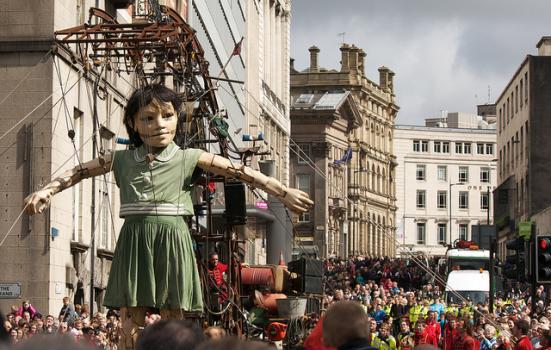 Arts & culture are valued for helping to attract new residents and tourists to an area
Photo:

Almost 90% of local government workers believe their authority values arts and culture, although funding has fallen by 19% in the last three years, a new survey has revealed. Almost two-thirds report having withdrawn financial support from arts and cultural initiatives in the last five years and 64% expect the sector will be subject to more funding cuts over the next five. The report by independent think tank New Local Government Network (NLGN), praises the local authorities that are finding innovative new delivery models for arts and culture, warning that their role is moving from “funder to facilitator”.

While support for arts and culture is generally high, a “wide variation in support by area” is identified, and “all too often” support is reliant on “a particular member having an interest”. Most see arts and culture as being important to their residents, but not essential. Libraries were seen as the most important, while galleries and “fostering artistic talent” are thought to be the least important. The main driver for funding arts and culture is economic development – the sector is seen as a valued tool for regeneration, helping to attract people, businesses and tourists to an area. Health and wellbeing is the second most common reason for funding arts and culture, with half of those surveyed considering using their public health budget to fund arts and cultural activities. Residents’ demand was by far the least popular reason.

Local authorities are increasingly looking at alternative models to support the arts and culture, a development the report welcomes: “In many cases a change of organisational structure can be beneficial and arts organisations are open to working differently.” Nearly 70% have or are considering moving organisations over to a trust or community interest company, while over 60% have or are considering moving from a grant giving to a commissioning funding model. Moving to a charitable trust is thought to give an organisation more flexibility, while commissioning models are seen as an opportunity to align the work of an organisation with health, wellbeing and social care priorities, helping to maximise the impact of their work and diversify income streams.

NLGN makes three main recommendations: culture and creative industries should be used as an engine for growth; local authorities should create a clear vision for the role that the arts and culture can play in the economic and social development of their area; and all alternative models of delivery should be considered when reviewing funding for the arts and culture. It also warns that the value of dedicated arts and cultural officers should not be forgotten.

Acknowledging that local government remains Arts Council England’s “most important strategic and delivery partner”, Chief Executive Alan Davey welcomed the report and said: “I hope that it helps local authorities across the country think about what they can do to ensure that their communities can continue to benefit from great art and culture.”