Artists based in London have been the main beneficiaries of a national scheme to help artists build overseas connections. 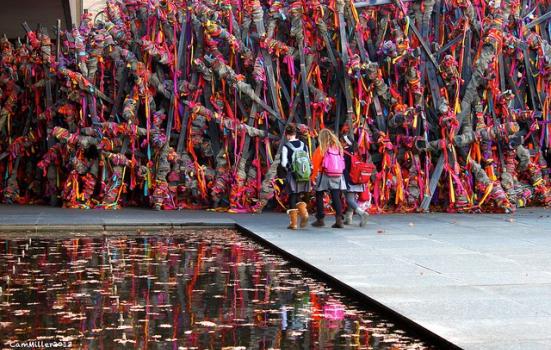 A national programme offering early stage development funding for artists to build links with artists, organisations and creative producers in other countries has made more than 400 awards totalling £1.6m. But half of the money went to London-based artists, according to a new report.

Jointly funded by the British Council and Arts Council England, the Artists’ International Development Fund (AIDF) enables artists in England to apply for small grants of up to £5,000.

Analysis of recipients of the first ten funding rounds by independent consultants Consilium found respondents to be overwhelmingly positive about the impact the programme had on their artistic development. They described it as having stimulated new directions for their work, challenged their existing practice, inspired them to explore different artistic techniques and encouraged them to take risks.

The majority of artists also reported establishing valuable international networks and contacts to build future collaborations, and have used the learning from their international activity to support their practice. Three-quarters said the grant led to bookings or invitations to make or show work.

But the report also reveals that the benefits of the scheme were unevenly distributed across England. 52% of applications were made by artists based in London, and 50% of the funding was awarded to London-based artists, who shared £823k. Awards made to artists based in the South East and South West accounted for a further 20% of grant funding.

The report notes: “It is difficult to assess the extent to which this profile is a result of a greater proportion of artists wishing to work internationally being based in London or artists from outside of London being less aware of the opportunity presented by the AIDF programme.” But the authors speculate that “London-based artists are better connected and networked and so may be more likely to benefit from a hearing about the AIDF via a non-Arts Council England communication channel”.

Among their recommendations they call for continued efforts to “encourage applications from artists from diverse backgrounds, different artforms and from different areas of England”.

The AIDF scheme will be continuing for the foreseeable future, with the next funding round opening for applications on 15 September.