An artist in residence for every ward in Glasgow

At a Culture Summit this week, Councillor David McDonald outlined how the city’s new government would deliver the SNP’s manifesto commitments around arts and culture. 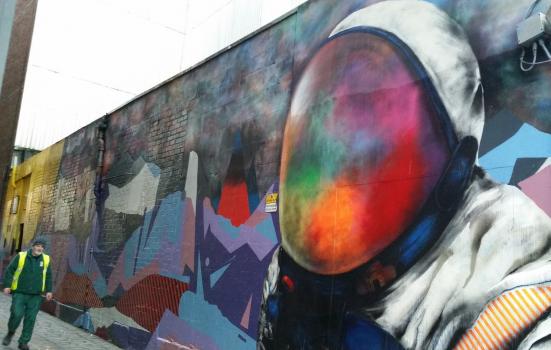 23 artists in residence could soon be employed to work in communities across Glasgow, if the Scottish National Party’s (SNP’s) ambitious plans go ahead.

Councillors have commenced work delivering the SNP’s manifesto commitments around supporting culture and creativity in the city after seizing control from Labour in May’s local elections.

The artists-in-residence scheme is a starting point for the council’s plans to use culture as a “force for good” across the city.

At a Culture Summit held in Glasgow’s City Chambers on Tuesday afternoon, Deputy Leader of Glasgow City Council David McDonald, who is also Chair of Glasgow Life, began the process of developing a new 25-year vision for culture in the city in collaboration with arts and culture professionals.

“The culture summit is very much the start of that conversation where we reiterated our intention to provide an artist in residence in every city ward,” he said after the summit.

“Now we will listen to the thoughts and needs of our creative industries and work in partnership with the sector to identify how best to take this, and many of the other ideas discussed today, forward.”

Addressing arts and culture professionals at the summit, McDonald described how the artists in residence would create and champion local art and “further strengthen the link between culture at its most local level and our wider aims of improving health, wellbeing, confidence and quality of life throughout the city”.

He also outlined plans to support creativity in communities through the launch of a new ‘Local Festivals Fund’, and made a commitment to working “closer than ever before” with the city’s artists to support and invest in them.

The council also plans to make the arts and culture central to its regeneration policies and to make better use of the city’s culture assets. The manifesto makes a commitment to creating a new ‘design quarter’ and more flexible pop up spaces for cultural use.

“Culture is currently underused or at least undervalued,” McDonald said.

He acknowledged the pivotal role the creative industries play in Glasgow’s economy and said the city government would recognise that “culture is central to everything that we do,” including economic development, housing and regeneration.

He outlined its ambitions to better understand the links between culture and wellbeing; to support schools and young people to access the arts; and to be able to demonstrate the impact of culture.

An SNP minority administration is leading Glasgow City Council for the first time, after it gained 39 of 85 seats in May’s local elections. It broke Labour’s control of Scotland’s largest council, which has been held uninterrupted since 1980.

To support the development of the 25-year cultural plan, which will be built on the principles of access, equity and excellence, the council will establish a regular cultural forum with representatives from across the cultural sector, chaired by the Lord Provost.