The Government's edicts over controversial statues and other heritage assets are complicating the job of cultural organisations and councils responsible for managing them. 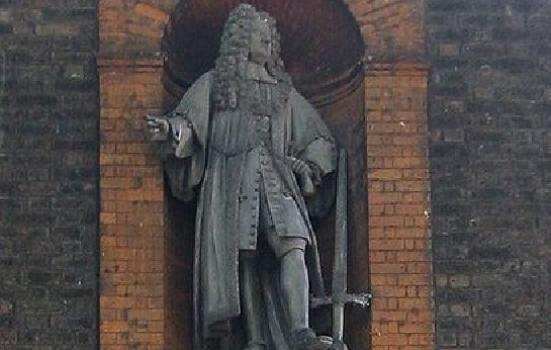 The statue of Robert Geffrye that the Museum of the Home has decided against moving
Photo:

Letters from Dowden to museums and funders over recent weeks amount to what many see as a thinly veiled threat to strip funding from organisations that do not comply with its warning: "I would expect arm’s length bodies’ approach to issues of contested heritage to be consistent with the Government’s position ... This is especially important as we enter a challenging Comprehensive Spending Review, in which all government spending will rightly be scrutinised."

London's Museum of the Home, formerly the Geffrye Museum, abandoned plans to relocate a statue of Robert Geffrye, a beneficiary of the slave trade, to a less prominent position inside the museum amid pressure from Dowden, despite public consultation supporting its removal from the front of the building.

Chief Executive Sonia Solicari told MPs at a DCMS Committee hearing on Tuesday (October 6) that it was "highly unusual for government to take such a strong view in a matter which should normally be a curatorial decision".

“The letter was something the board took very seriously. The DCMS is a major stakeholder for us so we took that on board in the decision-making process.

"The museum would ideally be free to act with integrity and in the best interests of its beneficiaries," Solicari added.

The British Museum too has folded under Dowden's heavy hand, having dropped plans to move a bust of its founder, slave owner Hans Sloane, following the Secretary's reproach.

MPs at the hearing dubbed Dowden the "Secretary of Culture Wars" and suggested he had "bullied" organisations into decisions he would ordinarily have no hand in.

The Museums Association has cautioned that Dowden's approach "contravenes the long-established principle that national museums and other bodies operate at arm’s length from government and are responsible primarily to their trustees". Its own code of ethics says museums should resist attempts by funders to influence their content or its interpretation.

Cultural commentator Robert Hewison warned in his blog the Government was doing itself a disservice: "The Secretary of State should be careful of what he wishes for."

Hewison said the arm’s-length principle has protected politicians from the "controversial, or silly, things that creative people occasionally get up to".

"He [Dowden] lays himself open to being asked questions in Parliament about activities for which the Arts Council has acted as a prophylactic, protecting the government from what radical writers and artists might get up to."

In one of his letters, Dowden said he acknowledged this is "a difficult subject, and one that attract a great deal of intense feeling - from a variety of perspectives - among employees of your organisations, stakeholders and the public at large".

"As publicly funded bodies, you should not be taking actions motivated by activism or politics.

"The significant support that you receive from the taxpayer is an acknowledgement of the important cultural role you play for the entire country.  It is imperative that you continue to act impartially, in line with your publicly funded status, and not in a way that brings this into question."

Dowden's actions are at odds with his letter, which asserts the importance of a "retain and explain"approach.

This position is favoured by Historic England, which decided in 2018 that organisations should reinterpret or recontextualise but not remove heritage objects that the public may find offensive.

Heritage England Chairman Sir Laurie Magnus told MPs on Tuesday it could only support removing a listed statue or public artwork if its owner made an application to do so. As yet, no such requests have been submitted, he said.

Magnus broadly supported Dowden's conservative view of keeping heritage objects where they are: "If you don't do that, our collective past is going to be torn away, slowly piece by piece torn away."

"Don't put them in a museum, because then people have to go there."

The funder's actions were heavily scrunitinised by MPs, who questioned whether it had done enough to respond to changing attitudes towards historic objects in public spaces - or had the expertise to.

Just one of Historic England's 17 board members comes from a Black or minority ethnic background, Magnus said.

Bristol Mayor Marvin Rees said there needs to be a public reckoning as to what statues are for, and how much they actually influence people.

"We know more about Colston now that his statue has been pulled down," he said.

Rees, the first directly-elected Black mayor of a major european city, said Colston's statue was "an affront to me, personally".

But as much as he wanted to take responsibility for the process of deciding what figures are venerated publicly, Rees told MPs that other agendas such as improving housing were more important - and politically expedient.

"I'm going to be pretty frank with you, if I come in and the first thing that I do is start tackling slave memorabilia in the middle of a Brexit debate that is all about national identity and heritage against the EU, it's all I would be doing for four years."