New research is responding to employer demands for the apprenticeship system to be made more attractive to the creative industries. 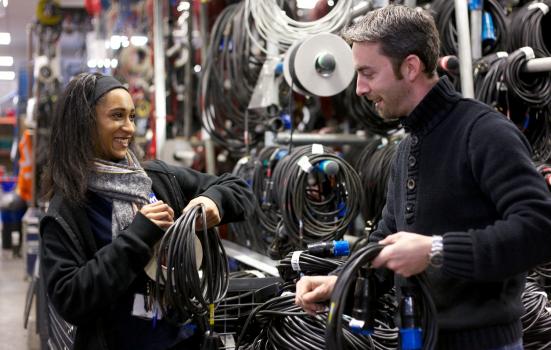 Changes to the apprenticeship system could make it more appealing to employers in the cultural sector, according to Creative & Cultural Skills and Creative Skillset, the industry-led skills bodies for the UK’s arts, culture and screen-based creative industries.

“We have been told many times by employers that the current apprenticeship rules don’t work for the creative industries because of the particular nature of those industries, such as the high preponderance of freelancers and micro-businesses,” said a spokesperson.

“But, if we want to persuade the Government to change those rules, we need to have firm evidence and to build a robust business case to demonstrate that the changes we might propose would have a positive impact.”

A survey that could inform that business case is being distributed as the first step in gathering the evidence.

Recent reforms to the Government’s apprenticeship scheme mean that all apprentices must be contracted for a minimum of 12 months, and 20% of their time must be spent on off-the-job learning.

To fund the scheme, larger employers must pay a 0.5% levy on their wage bill above £3m. They can then use the money they have paid in to fund the training element of the cost of taking on apprentices. Employers with a wage bill less than this can also use the scheme, with at least 90% of training costs covered by the Government.

The creative industries are forecast to raise around £75m a year through the levy, but CCSkills and Skillset believe the sector is in a weak position to take advantage of this.

95% of UK creative businesses are small businesses employing 10 or fewer people. Many of these work on short-term projects and often can’t commit to the minimum terms of the scheme. The larger companies that pay the levy often don’t have the headcount that would allow them to recruit apprentices in the numbers they would need to recoup their levy payments.

They believe greater flexibility for employers to pay levy fees into Apprentice Training Agencies, which would act as the apprentice employer and place apprentices with host employers for shorter periods of time, could be one answer. Responses to this and other issues are invited in the survey, which closes on 24 August.

The growth of online sales has expanded the craft market and provided more opportunities for disabled people, but fears are growing over...

Thursday, 28 May 2020
82% of businesses in the ‘Arts, Entertainment and Recreation’ industry in England are estimated to have temporarily closed or ceased trading through the coronavirus crisis – the highest of all... read more

Thursday, 28 May 2020
Following last week’s announcement of the membership of the DCMS Cultural Renewal Taskforce, concern are growing that major institutions are dominating influential forums where the future of the arts... read more