AP launches service for arts workers to speak out

‘We Hear You’ gives the sector a confidential space to raise important issues without judgement. 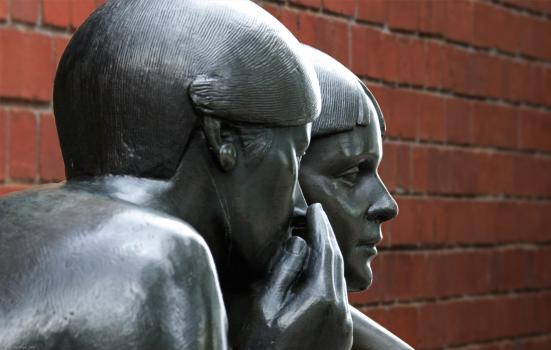 The Whisper by Brian Smithson (CC BY 2.0)

ArtsProfessional has launched a new service that gives arts workers a confidential and judgement-free space to share their concerns about the sector.

The move follows AP’s recent Freedom of Expression survey, in which four out of five respondents thought that arts professionals who share controversial opinions risk being professionally ostracised.

‘We Hear You’ gives readers the chance to tell us anonymously about things they know or suspect are going on that should be made public. They can recommend areas for investigation by our journalists, suggest ideas for new Pulse surveys, and submit anonymous blogs.

The service is available to both subscribers and non-subscribers. It is the only initiative of its kind that covers the whole of the arts sector and provides a direct link to an editorial team who can follow up on concerns raised.

There is no obligation to leave a name or contact details and we do not collect IP addresses. We will be in touch with people who identify themselves to discuss a potential investigation into their concerns.

Sector afraid to speak out

The Freedom of Expression survey revealed almost 70% of respondents said they would not criticise a funder for fear of losing out on future investment and 40% said they had experienced pressure from funders for speaking out.

And one in six had been offered a financial settlement in return for keeping silent about circumstances within the organisation.

Other statistics indicate that there are important areas where silence still reigns. In a survey last year by the Musician’s Union, about half or respondents had experienced workplace harassment, but four in five had not reported it because they didn’t think they would be listened to or believed.

The launch has been welcomed by voices within the sector. Charlotte Arculus, Artistic Director of Theatre of Adventure, said: “Too often the arts industry colonises the knowledge of artists in order to build a set of exploitative structures that serve themselves rather than artists or the arts.

“We Hear You is a timely initiative that addresses issues of powerlessness. I urge artists to use it to speak out against the dysfunctional systems, organisations and policies that exploit, steal from and undervalue the precious work that artists do. Let's make artist poverty visible, get artists voices informing how money is spent on the arts and let's make the salaried edifices of arts industries accountable.”

Becky Chapman, Executive Director of Diverse City, said: “‘It is clear that the status quo in the arts protects unfettered power imbalance, systemic racism, sexism ableism and classism. ‘We Hear You’ is an all too necessary space for unexpected voices that are often unheard, ignored or dismissed to question publicly that status quo, without repercussions”.

Arts writer and consultant Susan Jones commented that in her experience of the sector, open discussions of issues had become more difficult. She said that when she ran a funded organisation, “I experienced the gradual shift from an open environment in which all the pros and cons were debated to one which was closed and secretive. I remember being rebuked from time to time – by funder and peer organisations – for raising thorny issues publicly, because making waves really wasn't helpful.”

The Index on Censorship (IoC) also added its support. Julia Farrington, Associate Arts Producer at the IoC, said: “Index on Censorship has been working to combat censorship in the arts for decades: we support all efforts to make sure voices can be heard from across the industry.”

AP Editor Amanda Parker said: “Our readers tell us regularly how much they value ArtsProfessional to say out loud the things that need saying, that some can’t say themselves for fear of losing relationships, funding or careers.

“The recent findings of our Freedom of Expression survey underlined how many in the sector are held back from speaking freely.

"We Hear You allows our readers to make sure we cover the issues that matter. We’re removing the risk from arts workers to shine a light into the corners that need exposing and make sure concerns are addressed”.

This new service offers a welcome port of call to people experiencing a range of destructive behaviours in the arts workplace, and may well be accessed by those seeking advice about bullying and sexual harassment, who feel unable to complain openly. This is particularly true of arts professionals who are not members of a trades union, or any other professional institution that provides a safe route to raise important issues. A very useful first step.