Amateurs match up in the eyes of audiences 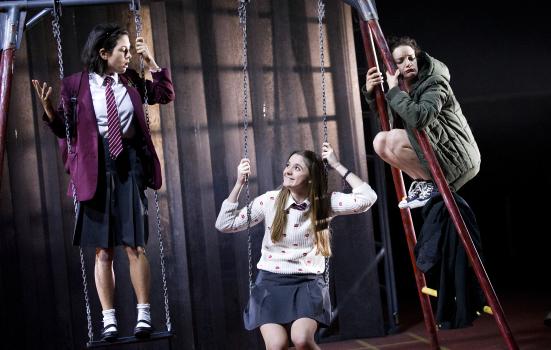 Amateur performances, while not quite as highly rated as their professional counterparts, are not widely different from them in terms of the experiences they deliver to audiences, according to a new report revealing how audiences value amateur, subsidised and commercial dance and theatre. Among the qualities that audiences value in all performances are “the skilled and arduous labour of performers”, and this appreciation can be even greater for amateur performers. While the quality of amateur performances is more likely to be considered “unreliable” than professional theatre, there is a feeling that it can represent better value for money: people are willing to pay more for good experiences, but are upset by high fees and ticket costs for poor commercial work. Researchers also observed that amateur and local theatre companies are able to command a loyalty that leads to more repeat attendance in larger groups.

Analysis has revealed that, across all three sectors, there are two core dimensions that contribute to audience members’ experience of a performance, the first relating to their emotional, dramatic and aesthetic engagement with it, and the second being about having a “good time”. In the study, subsidised theatre was more likely than commercial theatre to be described as confrontational, challenging, surprising, and making audiences use their imagination. But report authors Joshua Edelman, Maja Šorli and Mark Robinson point out that while novelty and innovation matter for arts funders, these in themselves are not values the audience seems to focus on. By contrast, commercial theatre was more likely to be described as 'satisfyingly complete', exciting, easier to follow, relaxing and good fun compared to both subsidised and amateur theatre.

These and other findings relating to the audience experience of performances are reported in The value of theatre and dance for Tyneside’s audiences, which is the latest report to emerge from the Arts and Humanities Research Council’s Cultural Value Project. The research involved over 1,800 respondents at 26 different dance and theatre productions that were presented on Tyneside earlier this year. The project aimed not only to examine why people attend theatre and dance performances, and the nature and value of the experiences they have, but also to provide an insight into perceptions of work in the amateur, commercial and subsidised sectors, and “the ways audiences navigate the ‘theatre ecology’, to what ends and with what results.” Further analysis of the research data is planned, and because the project’s methods were designed in parallel with similar projects in six similar cities around Europe, this will include comparative analysis.