ALRA admits it 'turned a blind eye to racism'

A long awaited report by the acting school says it allowed perpetrators of racism to "parade their sense of superiority with impunity" and created a "humiliating, hostile and exclusive" environment for students of colour. 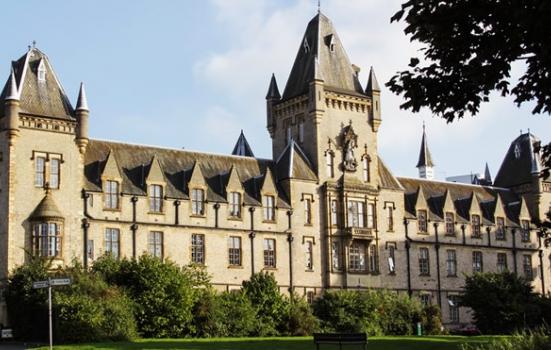 A British drama school says it failed to properly investigate complaints of racism over many years, cultivating a "humiliating, hostile and exclusive" environment for students of colour.

A report by the Academy of Live and Recorded Arts says management at both its south London and Wigan campuses reinforced racial heirarchies by sweeping complaints under the carpet - when it did act, the school failed to follow its own procedures.

"In this sense, rather than tackling racism, ALRA appears to have been complicit in perpetuating it."

Its board of trustees released the long-awaited report and a statement, saying "we apologise unreservedly for the pain caused to our alumni and current students".

The review was sparked by a group of former students who took to social media last August to share their experiences, including being barred from auditions based on their race.

They said teachers wrongly assumed English was not their first language or that they were selling drugs, and made comments such as "White people are the reason Black people are not slaves anymore; we freed them and it was down to us".

A spokesperson for the group welcomed some of the points raised by the report, but said it demonstrates how deep-rooted institutional racism is at ALRA.

"We have got the outcome we wanted but the school still [has] a long way to go."

The report says students' testimonies indicate "a series of repeated events that appear to follow a similar and worrying pattern".

"Many of the complainants... were often left humiliated and intimidated by members of staff, and at the same time they were silenced as there were no appropriate channels for them to turn to.

"Taken together, the body of complaints expose long-term racism at ALRA, facilitated by a permissive management culture and a lack of accountability."

It aims to update its curriculum by September and implement other recommendations over the next 12 months.

"We are keen to take time over the next month to work with the implementation team to make sure these points are addressed in a realistic order," the board said.

"There is still much work to do but we remain determined to address the issues raised and fervently champion and embed anti-racist practice at ALRA."

While ALRA's staff overwhelmingly believe the school is free of racism, its students do not.

A survey conducted during the review found that 82.6% of staff felt ALRA was an inclusive place and not racist, but 40% of students said the school had a culture of racism.

Half of students said staff were not sensitive to issues of race and were not doing enough to tackle racism, compared to three-quarters of staff who felt the institution did enough in these regards.

Comments from staff indicated "post racial logics" and demonstrated "an unwillingness to accept the systemic issues of racism at ALRA".

"There was the sense that the problems around racism at ALRA were due to the actions of a handful of individuals who deserved another chance and could be reformed through training," the report said.

"While indeed training is of significant importance, the problem with this argument is that it appears to be more sympathetic to the offenders rather than the victims and... overlooks the urgent need for institutional change."

But while ALRA has contacted alumni who stuck to official channels, those who took to social media in frustration at the school's silence on their complaints were unaware the report had been published.

Lamin Touray, a 2017 ALRA graduate, asked how the school could carry out this reporting without contacting him or any of his fellow complainants.

"I feel the school has a long way to go," he said.

"This report is steps in the right direction; although we got the overhaul we asked for and all of the names mentioned in the open letter are no longer in the school...  the school still refuse to accept accountability."

ALRA defended not contacting the group whose protests initiated the review: "We don’t believe it’s appropriate to have conversations on social media about these serious issues but have always asked people to bring their concerns to us directly so that we can fully investigate."

All complaints were investigated and where the complaints referred to practices at the school, "these have been examined and changed," a spokesperson said.

ALRA must "move away from tokenistic hiring" and recruit more diverse staff, including an equality and diversity officer.

Just two staff members of colour were employed there while the report was being compiled, a dearth that made students feel unsafe and isolated.

Touray said the school downplayed his complaint that a fellow student said she didn't want to work with two Black men.

Touray alleged former Principal Adrian Hall's official response was that the student had "exhibited naivety, unprofessionalism and insensitivity... but they do not appear to fulfil the criteria needed for achieving racist status".

Hall left his role as Principal in January after Touray and other complainants called for him to resign.

Students quoted in the report said ALRA was more concerned with maintaining its reputation than committing to real structural change. One member of staff commented: "I do sometimes feel the actions taken may be tokenistic or done for PR reasons."

"I don't believe we are supported enought to tackle the issues and I don't feel like leadership from some of the top is sufficient in these matters."

The report recommends ongoing anti-racism training for staff and clear policies on penalties and disciplinary action for breaching complaints procedures.