Almost 90% of arts internships are unpaid

A major new report finds evidence that sectors like the arts trap young people “in cycles of unpaid internships without significant benefits to their career”. 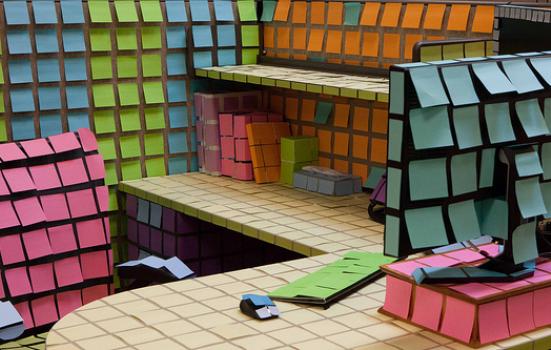 Further evidence of the “elitist practices” of the theatre, dance, TV and film industries have been revealed through major new research on the prevalence of unpaid graduate internships.

Young people looking to break into the arts are expected to undertake multiple internships – 86% of which are unpaid.

The research concludes that this failure to pay, alongside a tendency to offer internships as informal ‘favours’ to staff and their families, excludes many young people from low and moderate-income backgrounds, giving them no chance of accessing desirable jobs in the sector.

Sir Peter Lampl, founder of the Sutton Trust – which commissioned the research – described the situation as a “huge social mobility issue” that “prevents young people from getting a foot on the ladder”.

Unpaid internships, which are becoming more common among graduates, cost someone living in London at least £1,100 per month. To support themselves during their internship, 26% used money from their parents, 27% worked a second job, and 46% lived for free with friends and family.

In addition, the report challenges the notion that internships are a route to higher pay.

“This suggests that many young people in certain industries are being trapped in cycles of unpaid placements without significant benefits to their career,” it adds.

The arts are confirmed to be among the disciplines with the lowest average graduate salary: graduates can expect to earn £22k, compared to £33k in financial services and £31.7k in law.

Widespread confusion about employment law also emerges from the report. When provided with a series of scenarios, 50% of employers incorrectly thought a situation in which an intern was paid under the minimum wage was legal. A further third did not know whether situations were legal or not, while the scenario most commonly thought to be ‘illegal’ was actually legal.

A spokesperson for Creative and Cultural Skills (CC Skills), which has produced a guide for employers on best practice relating to apprenticeships, internships, and volunteering, told AP: “It’s easy to claim that the reason for so many unpaid internships is the lack of legal clarity; this is actually just a lack of understanding.

“The legal definition of a ‘worker’ is defined in the Employment Rights Act 1996 and the National Minimum Wage Act 1998 stipulates when someone needs to be paid. It isn’t the title of a role that determines whether it should be paid or not, it’s the conditions under which someone is hired and expected to operate that defines this.”

Given the growing prominence of internships, the Sutton Trust is backing a parliamentary bill to ban unpaid internships over four weeks in length. It says it would like to see all internships longer than this paid “at least the National Minimum Wage of £7.05 for 21-24-year-olds, and ideally the Living Wage of £9 per hour (£10.55 in London)”.

The bill, which has already passed through the House of Lords, will be debated by MPs today.

“In order to help tackle this situation internships should be advertised, not offered through informal networks,” Lampl added, urging all recruitment processes be fair, transparent and merit-based.

“The legal grey area around internships allows employers to offer unpaid internships with impunity. That is why the law should be changed.”

CC Skills added: “The cultural sector has a long history of creating unpaid internships as a means of supporting entry into our workforce, pitched as opportunities that new entrants should see as a privilege to gain.

“Instead, what unpaid internships have done in our sector is perpetuate elitist practices that promote directly or indirectly a workforce accessible only to those who can afford to work for free.

“Our sector fails to represent the make-up of our society, the very population it works to serve, inspire and engage – which makes one occasionally question the authenticity of its aspirations.”