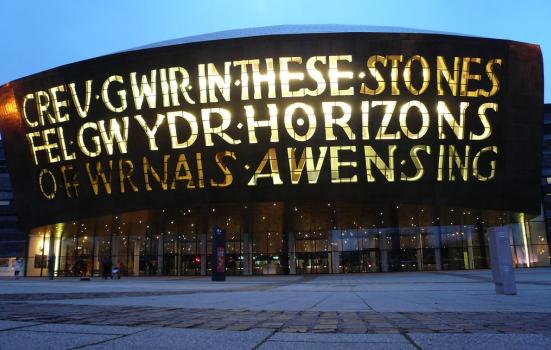 Arts Council of Wales (ACW) has pledged to undertake a “root and branch review” of its current National Lottery funding application process following what it describes as a “comprehensive public consultation exercise” on the future of Lottery funding for the arts in Wales.

The pledge to “simplify and streamline” the process is included in a recently published report from the funder, responding to the consultation.

The consultation, which took place between November 2018 and February 2019, involved 212 people at public meetings across Wales as well as 164 written responses.

Among the issues raised in relation to Lottery funding applications was the confusion caused by ACW’s multiple funding strands, the £5,000 small grants cap – which respondents said impacted negatively on fees for artists and practitioners – and the need for more support from ACW officers during the application process.

ACW has committed to replace its current strands “with a more open format guided by the three key principles of our corporate plan” and is raising its small grant cap to £10,000. It also said it will explore “the financial implications of raising the upper cap on larger applications above £30,000”.

In addition, it said it would “devise a new entry-level programme for first-time applicants” for its National Lottery grants.

Describing the lack of support from officers as a “common theme” in both consultation meetings and written responses, and that some comments “made for uncomfortable reading and listening”, the report states: “There is clearly a desire for officers to be more visible and to offer clear, practical and consistent advice and support through face to face dialogue.”

The funder adds: “We are a small team and have had to reduce significantly staffing numbers over recent years. Nevertheless, we can’t ignore… a desire to see us working differently.”

ACW pledged that it will “ensure that our officers are available to provide advice and support throughout the application process”.

The report focuses on 12 topic headings, including ‘All about the artist’, ‘Working with the Arts Portfolio Wales’ and ‘making and enjoying the arts in Welsh’.

Regarding the last topic, ACW said it plans to “increase the amount of Arts Council funding invested in Welsh language work”. Responding to concerns raised by some that making work in Welsh only was in opposition to a commitment to a multicultural Wales, it said “we believe that for Wales the fundamental principle of making work in Welsh only is one which must be protected and encouraged”.

The report also contains a number of other pledges and recommendations, including measures designed to address artists’ low pay. It said it will “agree industry standard fee guidelines” for artists and “make them a condition of funding”.

In a move which it admits “could be a controversial proposal”, it also said it will explore the “viability of some form of time-defined Living Wage ‘allowance’ for individual artists” by examining “similar schemes in Ireland, Canada and Finland”.

ACW also said it would “direct more funding to activities that engage people from underrepresented communities” and publish a “funding strategy that addresses issues of more equitable access to funding and to the activities of funded organisations and schemes”.

The report states that since its first National Lottery award on 24 March 1995 – £37,350 to build a new rehearsal hall for Pontardulais Town Band – ACW has funded 13,813 projects in Wales and distributed £294m of Lottery funding.