DCMS has refused requests for information and interviews about the ambiguous activities of the recovery committee amid a drop off in meetings. 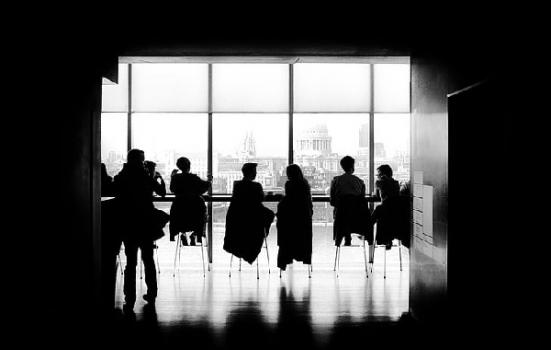 There is near silence over the activities of the Government's Cultural Renewal Taskforce almost a year after it was established.

The high-powered group of senior cultural figures led by its commissioner, Neil Mendoza, has met 11 times since May 2020 to oversee the Culture Recovery Fund, approve Covid-related guidance, and discuss issues facing the sector.

But members of the working group charged with developing strategies and guidance for events and entertainment said they have not met for some time. The main taskforce has met just once this year, according to DCMS' records, and its outputs have remained unchanged since October.

As reopening nears, most of the work rests on the shoulders of a separate Venues Steering Group established in December and the Events Research Programme of pilot events, which will shape the cultural sector's reopening beyond stage 3 of the Government's roadmap (no earlier than May 17).

Members of the Cultural Renewal Taskforce approached by ArtsProfessional declined to discuss its activities and DCMS refused a request to interview Mendoza.

The department has also refused Freedom of Information (FOI) Act requests for minutes of the taskforce's meetings because it says those records could influence future policy.

It instead offered this statement:

“The Cultural Renewal Taskforce was established last spring, bringing together representatives from the arts, recreation and leisure sectors as well as medical advisors to develop guidance for safe reopening following the latest coronavirus guidelines, and it continues to provide advice to Government.”

DCMS believes it does not need to provide any more information on the taskforce's activities than the "summaries" online, which list only the agenda items for each meeting.

No outcomes or decisions are noted and it is unclear to what extent the taskforce has in fact influenced policy, as the department suggests.

ArtsProfessional first requested information on the taskforce's activities in October after learning the group had not met for three months over the summer of 2020.

That FOI request was delayed twice while DCMS considered the public interest in releasing meeting minutes. It then failed to meet its self-imposed deadline of January 20.

When DCMS stopped answering emails or calls, we forwarded the matter to the Information Commissioner's office, which ruled the department had 10 days to fulfil the request.

DCMS finally responded earlier this month, but refused to release any information.

It claimed releasing minutes from past meetings - the most recent was on January 27 - would jeopardise the "safe space" needed for the taskforce to "discuss with candour".

"We have concluded... that the clear public interest in understanding the meetings is met by the information already published."

ArtsProfessional is appealing the decision.

According to the vague online summaries, the taskforce's main activity is discussion.

Since last fall it has discussed, among other things, "key issues for sectors to reopen", "the importance of cultural support across the country", "issues around insurance", "the challenges of providing guidance for audience based settings" and more recently, "vaccine rollout" and "how taskforce members can contribute to the development of strategy".

Its main achievements, unchanged since October, are listed as the Culture Recovery Fund and producing 47 pieces of guidance for reopening recreation and leisure settings.

Although the taskforce "oversaw the completion of drafts of all guidance" in June, it is understood the broad-based working groups of sector organisations developed these.

Having initially met weekly, it stopped mid-July before picking back up again on October 7. Only two meetings have been held since then on November 4 and January 27.