A European Commission inquiry finds that economic benefits will stem from cultural diplomacy, but current weaknesses need to be addressed. 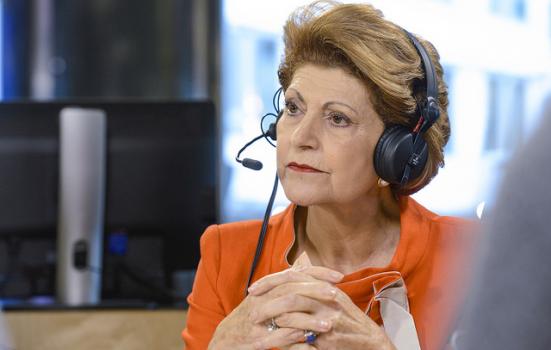 Europe’s cultural diplomacy not only provides the ‘soft power’ for sharing values, such as human rights, diversity and equality with other countries, but is also “good for jobs and growth”, according to the European Commissioner for Education, Culture, Multilingualism and Youth, Androulla Vassiliou, speaking at the launch of ‘Preparatory Action: Culture in EU External Relations’, a new report by the European Commission. The report details the findings of a 16-month inquiry involving the 28 EU Member States, the 16 countries included under the European Neighbourhood Policy and 10 Strategic Partnership countries including Brazil, China, Russia and the USA. It confirms high levels of interest across the world in engaging culturally with Europe, with other countries being attracted by fundamental values such as freedom of expression, and by the vigour of Europe’s cultural and creative industries. It concludes that “the failure to maximise on this potential now would be a huge missed opportunity for Europe”.

The report also points to areas of weakness. The inquiry found that Europe’s international cultural strategy needs to be “far more congruent with the cultural interests and practices of young people, who increasingly communicate with each other and create communities of interest and engagement trans-nationally through digital tools and the social media”. Growing competition from other countries and regions is identified as a potential threat, as are the impact of globalisation and social transformation, which are seen as placing power in “the hands of massive trans-national conglomerates, as well as in a small number of privileged cities and regions”. This is “already limiting cultural freedom and creativity” and the report warns that it could “restrict the scope of trans-national cultural exchange unless mechanisms are devised to promote small scale and local cultural entrepreneurship”.

Recommendations on how to increase the impact of Europe's cultural diplomacy include pooling the resources of cultural organisations and Member States; removing barriers to mobility, such as visa restrictions, for cultural operators; facilitating exchange of experience and best practices between artists, writers and cultural managers from different countries; and empowering local cultural stakeholders by facilitating cooperation with cultural organisations and foundations. Culture as a component of external relations is one of three strategic objectives of the policy framework that has guided the joint work of the Commission and the Member States since 2007, and the recommendations will be discussed with representatives of the Member States and European Parliament, including a meeting with MEPs on 25 June.