Advocates hope the funder’s upcoming delivery plan will address concerns its strategy does not support communities’ involvement in decision making. 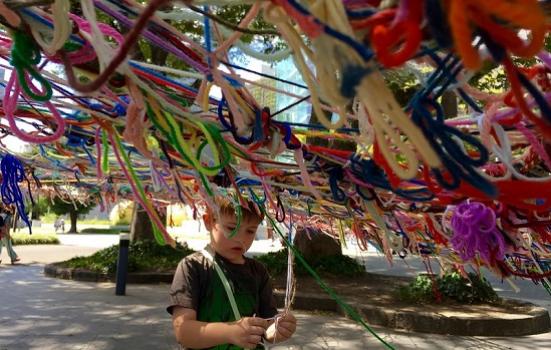 Bringing in artists to lead consultation is not the same as letting communities decide
Photo:

Arts Council England (ACE) was warned its draft strategy may be ineffective at supporting community involvement in decision making, but made few changes to the final document.

Community arts professionals are hopeful the funder’s upcoming delivery plan will fill the gaps by bolstering initiatives like Creative People and Places and providing new funding streams for community-led work.

The final strategy, released four months later, says ACE expects organisations to “gather the views of the public and their peers on the quality of what they do, and use that feedback in discussion with their staff and boards to shape future decisions about their work”.

But the document does not address council members’ concerns about continued top-down decision making or suggest new ways to enshrine community choice in publicly funded art.

An ACE spokesperson said the minutes reflect “wide ranging and frank discussion between Area Council colleagues”, which were taken into consideration in the final strategy.

Plans for community-led grant making among other new funding streams will form part of ACE’s delivery plan, which is likely to be published in April.

“There were a lot of concerns expressed during the consultation process, not just during Arts Council area council meetings. I think the first draft was upsetting to everyone.”

But Pritchard felt the final strategy was a positive and radical step for ACE towards inclusivity: “It’s hard to roll back on that without massively losing face.”

“They don’t say how that’s going to be done but they do place an emphasis on Creative People and Places.”

Stella Duffy, Co-Director of community-led culture campaign Fun Palaces said it is impossible for the strategy to dismantle top-down decision making: “I think it’s kind of mean to expect the Arts Council to make the change that the patriarchy and capitalism can’t.”

But she said more support for creativity in rural areas and community led workshops would be a start.

“Quite often artists have been brought in to lead and that’s not the same thing.

“Our [Fun Palaces’] choice to put the community centre rather than the particular version of culture, whatever that might be, has enabled people who haven’t previously perceived themselves as arts leaders to step forward.”

Duffy also believes funding discussions need to focus more on communities than regions: “the discussion about rebalancing never pays attention to ‘are we going to rebalance within that city?’”

She said the pace of change will be slow as ACE enacts a “massive” revolution in its approach to creativity and culture.

“I’m choosing to be hopeful. The strategy is hopeful and I believe there is goodwill there.”

The South East Area Council also said the strategic priorities needed clarification: “It was unclear which groups/places might be the focus of greater inclusion and how the Arts Council would measure success,” the minutes say.

How success on inclusion and diversity is measured will be addressed in the delivery plan.

The strategy says ACE will “work with the cultural sector to establish a shared language” around how quality is judged and use that to decide what to invest in.

“But in the end, it will be the Arts Council’s responsibility to use our experience and expertise to make the judgments that determine those decisions.”

The minutes note “the language of the document had clearly evolved but further work was required”.

“For instance … diversity means having influence as well as having access,” it says.