‘Additionality’ as a principle of Lottery funding looks set to end as ACE prepares to make NPO status the preserve of major organisations if predicted arts cuts are implemented. 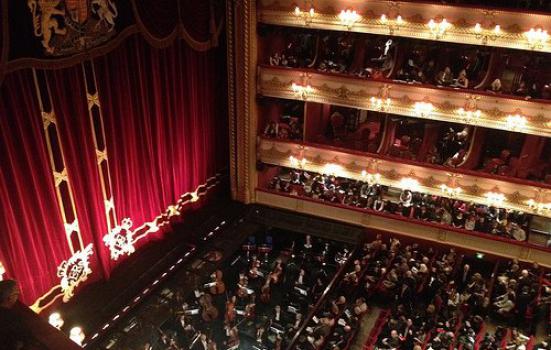 Major institutions set to keep their NPO status but others will be looking to the Lottery
Photo:

Arts Council England is planning for three scenarios of funding cuts, all of which will see the number of National Portfolio Organisations (NPOs) it funds reduced by at least a third. Possibly as many as three quarters or more could lost their regular funding, leaving fewer than 200 arts organisations with NPO status.

At briefing meetings for NPOs being held around the country, ACE has announced its view that the Government Spending Review on 26th June will see the DCMS take a 5.2% funding cut, but the arts will be faced with a greater cut still as other parts of the DCMS portfolio, such as funding for elite athletes, are likely to be protected. Consequently, ACE is preparing to face three possible funding scenarios, all of which will involve the number of NPOs being dramatically reduced. A 10% cut to the arts Grant-in-Aid budget is predicted for first year of the next funding cycle, and a further 10% spread over the following two years. ACE is planning to respond to this by leaving fewer than 200, and possibly as few as 120 of the current 695 NPO organisations with regular funding agreements. Even cuts of 5% would see a third of current NPOs lose their funded status, but if the arts budget is cut by 15%, then as few as one tenth of the Portfolio would remain, including the major organisations, who account for some 80% of ACE’s NPO budget.

To mitigate the potential impact that such a sharp decline in income would have on the smaller scale arts organisations in the Portfolio, many of which could potentially lose their main source of income, ACE is now considering ways in which it will use Lottery funding and ‘strategic funds’ to plug the gap, though neither of these moves will be uncontroversial. Plans to use Strategic Commissioning as a funding mechanism to support arts organisations in Scotland have been thrown out following a backlash by the sector that culminated in the resignation of its Chief Executive late last year; and UK law requires the principle of ‘additionality’ to be applied to the use of Lottery funds - state funding of activities cannot be replaced with Lottery funding, which was established to give additional support to ‘good causes’. In 2010 ACE sought clarification from the DCMS about the extent to which its funding streams could be used flexibly. In what appears to be another blurring of the boundaries between Lottery and Grant in Aid, the outcome of that clarification has meant that NPOs with a touring remit are already having a flat rate 20% of their annual grants provided from Lottery funds, including producing companies for which touring has always been part of their work, apparently without having to prove additionality. The 20% band is also being applied to organisations that receive touring product but do not actually produce work themselves.

The nature of the clarification given by the DCMS to ACE about the extent to which it can decide how to apply its Lottery and Grant-in-Aid budgets remains a closely guarded secret. For 12 months AP has been pursuing a Freedom of Information request to reveal the guidance given by then Culture Secretary Jeremy Hunt to ACE on this, but the request has so far only elicited an incomplete and heavily redacted set of correspondence between the parties, and only then after intervention by the Information Commissioner’s Office. Such reticence to disclose ministerial advice comes despite the issue being of very significant public interest not only to England’s arts organisations, but also to arts Lottery distributors in Northern Ireland, Wales and in particular Scotland, where the controversy that led to last year’s unrest and staff resignations stemmed from the organisation’s initial attempts to allocate a declining Grant in Aid budget  alongside a growing Lottery budget. Other Lottery distributors outside the sector, including the Big Lottery fund and Heritage Lottery funds, are all bound by the same legal principle of additionality and have much to gain from understanding the advice of the former Minister on this.

ACE is currently exploring ways that Lottery funding could be combined with Grant in Aid to give more security to those organisations that lose their NPO status, including the potential for moving some to Lottery-only funding on a three-year basis. Whatever the outcome, it is likely that NPOs will be faced with another round of competitive bidding for a continuation of their regularly funded status. Applications are likely to be invited in the autumn for three-year funding, even though the Spending Review will only confirm Grant in Aid for one year. The arts sector is being urged by ACE to make use of its ‘lobbying toolkit’ to fight the cuts in the run-up to the Spending Review announcements.