ACE picks up £10.8m book gifting bill from the Department for Education

A £5.4m-a-year grant to give away packs of free books to all children in England places the Book Trust among Arts Council England’s top ten Grant in Aid beneficiaries. 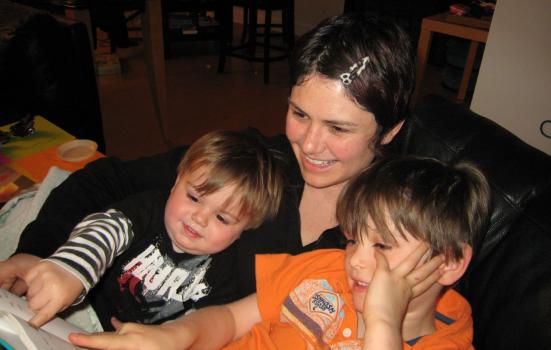 Neeta Lind via Visualhunt / CC BY

Responsibility for funding a book-gifting scheme that the Department for Education (DfE) tried to abandon in 2010 has been passed to Arts Council England (ACE), which will be finding the £5.4m a year required from its Grant in Aid budget.

The Book Start programme, delivered by ACE’s National Portfolio Organisation (NPO) The Book Trust, was funded by the DfE from 2004 to 2014. The universal scheme gives away standard packs of books to all families, to encourage parents to read at home with their children. The DfE described the scheme as “one approach DfE is supporting to promote proficient, prolific reading by all children”.

Book Start attracted national media attention in 2010, when an announcement by the DfE that it would be axing the programme led to a high-profile backlash by prominent authors, including Philip Pullman and Sir Andrew Motion.

A U-turn by the DfE saw its funding continue, but in December 2014 DfE transferred the cash to the DCMS to keep the programme running until the end of 2015/16. DCMS in turn passed responsibility for the scheme to ACE.

The ring-fenced Government funding has now run out and ACE has decided to make a £5.4m a year Grant in Aid commitment to enable the reading scheme to continue to the end of 2017/18.

The new award, together with regular NPO funding of £381k a year, will place the Book Trust among ACE’s top ten Grant in Aid recipients for 2016/17. It will receive slightly less than the £6.1m that will go to Welsh National Opera, but considerably more than the £3.5m to Sage Gateshead.

Funding for the next two years of Book Start – worth £10.8m – has all been pledged from ACE’s 2015/16 strategic Grant in Aid funds. Also described as “managed funds”, this is grant funding for which no application process is required. Unlike NPO funding, no lists of grant recipients are published. Due to the size of the award, ACE asked its National Council to approve the grant for the Book Start programme at its meeting in October 2015.

In July 2015, ACE’s new Corporate Plan for Literature laid out a set of strategies for “embedding creative writing and reading in young people’s cultural offer” but book gifting was not among them. In the Plan, ACE does make a commitment to “review our policy for supporting reading to enable us to make the best case in the Spending Review,” but when AP asked to see a copy of the policy, a spokesperson replied: “There is no specific policy for supporting reading.”

Evidence of the impact of book-gifting schemes is “mixed”, according to a literature review conducted for the Book Trust in 2013/14 by Sheffield Hallam University. Researchers concluded that there is “promising evidence that book gifting is linked to later improvements in reading,” but warned that in countries where it is commonplace for parents to read to babies and young children, and where book ownership has increased, the impact of book-gifting schemes is “much harder to evidence.” It said this may account for “the less positive results” of recent trials.

ACE’s National Council members raised questions about the effectiveness of the Book Start scheme and ACE’s former Director of Literature, Antonia Byatt, advised that “work to improve the evaluation of the scheme was on-going”.

Council members also challenged Byatt on the content of the books in the standard pack. It was noted in the Council's meeting minutes: “The diversity of the books on offer was an issue and Officers will be exploring this further with the Book Trust during the negotiation and monitoring of the funding agreement.”

AP asked the Book Trust whether it has taken any actions to diversify the range of books it provides. It referred to pages on its website that describe access for children with special needs, including language translations, but not cultural diversity. The Trust declined to comment on the “conditions” that ACE had placed on its funding, saying “this will need to go through Arts Council England”.

Funding for book gifting is different elsewhere in the UK. In Wales, the Book Start programme is funded directly by the Welsh Government through the Ministry for Education and Skills, with a grant of £700k to BookTrust Cymru.

In Scotland, the Scottish Book Trust delivers its Book Bug gifting scheme with central funding from the Scottish Government through a Strategic Funding Partnership Grant, although the Trust will also receive £2.6m over the next three years as a regularly funded client of Creative Scotland.

The Book Trust’s book-gifting programme in Northern Ireland, which was previously funded direct by the Department of Education, has come to an end following the announcement of cuts in 2015.