The Culture Secretary has asked the Arts Council to collect the data and consider NPOs' "track record" when they apply for funding. 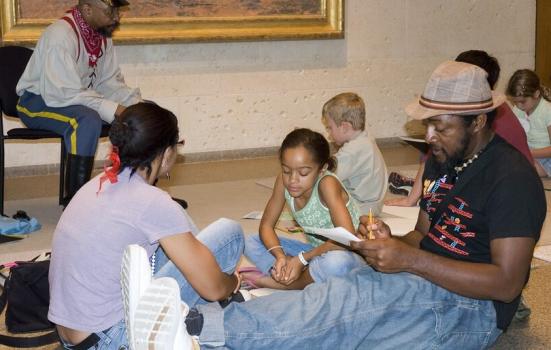 NPOs will have to produce data on audiences' socioeconomic background from next year
Photo:

Funded arts organisations will have to report on the socioeconomic diversity of their audiences from 2023.

Arts Council England (ACE) confirmed this week it expects "clear and measurable targets to be in place as part of funding agreements" for its next National Portfolio.

But it hasn't said how it expects National Portfolio Organisations (NPOs) to collect or present such information, saying only that they must identify underrepresented audiences "using a breadth of data and evidence available to them".

A letter from Culture Secretary Nadine Dorries to NPOs, delivered by ACE before Christmas, said she had asked for social class reporting to be mandatory.

"I have also asked arts council to consider the track record of organisations in access closely when considering applications for funding - and to work with the organisations they fund to ensure that further progress is made in this area  - building on the excellent work that already takes place."

ACE says socioeconomic reporting was "part of our thinking" as it developed its strategy, Let's Create.

It already receives data on general audience makeup based on the postcode of bookers, a spokesperson said.

"Expanding to include audience data is a continuation and development of our data reporting on socio-economic background."

NPOs' funding agreements currently include targets for increasing the diversity of their workforces, governance, programming and audiences, but data collection means closer and more concrete monitoring.

ACE has warned sanctions are possible for organisations that fail to improve the diversity of their workforces. NPOs collect data on the socioeconomic background of their employees by asking for the occupation of their family breadwinner at age 14 - a commonly accepted metric.

Let's Create outlines ACE's ambition to ensure funded programmes "meet the needs of those from lower socioeconomic backgrounds" and says it will look to support activity that, among other things, broadens cultural engagement by "working with communities to better understand and respond to their needs and interests".

It says organisations will be asked to identify audiences they aren't reaching.

But its delivery plan makes no mention of collecting data on audience diversity, only a "data-led approach to identify and respond to underrepresentation across governing bodies, leadership roles and the workforce".

ACE could not give details on how audiences' socioeconomic character would be measured: "This is still in the early stages," a spokesperson commented.

An open letter from an NPO last week questioned the fairness of tying public subsidy to improvements in the socioeconomic diversity of audiences.

Addressed to Dorries, the letter says NPOs, hard pressed to keep up with current reporting requirements, are already doing what they can to widen access.

"But we are working in conditions where your own government’s educational policies are making the arts less, not more, accessible to young people.

"You seem determined to use the financial levers at your disposal not to support what we do, but to punish us for the structural problems that all governments, but Conservative governments particularly, have failed to address."

Asked whether Dorries can require the arts council, an arm's length body, to bring in social class reporting on audiences, ACE said it "works closely" with DCMS as its sponsor department on broad policy aims like inclusion and diversity.