A £1.8 million commitment to the troubled gallery reflects its “vital importance” to reinvigorating contemporary and visual art in the city, the funder says. 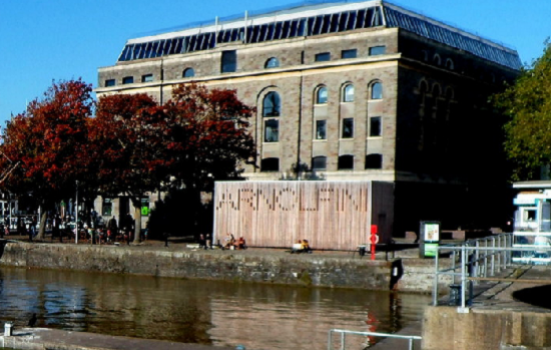 Arts Council England (ACE) has granted £1.8 million to Bristol’s Arnolfini gallery to secure a “sustainable future” for the institution over the next three years.

The contemporary arts centre lost £750,000 worth of annual funding and its status as an ACE National Portfolio Organisation when the current selection was announced in 2017, leading to speculation it would close or merge with another local organisation.

Instead, it became an independent charity incorporated under the University of the West of England (UWE) Bristol in January to improve its financial position and attractiveness to ACE.

ACE’s Area Director for the South West, Phil Gibby, said the new funding is “thanks to the hard work and expert leadership” of the institution over the past 18 months. He credited this with bringing about a “fundamental change” in Arnolfini’s governance and management.

“We very much welcome this new period and look forward to seeing how the Arnolfini and UWE partnership develops over the next two and a half years to bring communities together in Bristol, make people proud of the city where they work and live, as well as adding to the economy by encouraging more visitors to the region to see work of international renown.”

UWE Bristol Vice-Chancellor Steve West said Arnolfini is at a critical juncture, where it must capitalise on its momentum and history to “increase its vital position in the creative and cultural landscape of Bristol, as well as nationally and internationally”.

Arnolfini Interim Director Gary Topp added: “We have created a new context in which to make an important contribution to the cultural life of Bristol and the region, and it is a privilege to lead the organisation and work with a committed team to achieve this.”

ACE committed to strengthening the city’s visual arts in April 2018 after a report it had commissioned said its decline “threatens to become more severe” without intervention.

The review said Bristol offered “less than the sum of its parts” and that ongoing funding cuts meant it did not have the “level of sustained activity of international quality that a city with this density of artists and this intensity of audience should enjoy”.

“If the downward spiral in public investment for the visual arts in Bristol continues over the next decade, then a sustainable step-change becomes a very challenging proposition,” it said.

In its response to the report, ACE identified three priorities for developing visual arts in Bristol: an internationally significant exhibitions programme, creating a collaborative commissioning programme, and more professional development and workspaces for local artists.

ACE initially ringfenced £3.34m to reinvigorate the city’s visual arts in Bristol by 2022. When asked what will happen with the remaining £1.54m, a statement from a spokesperson suggested it will be put towards a commissioning programme, saying: “we hope to have more news on this and further details on how the budget will be spent by the end of the year.”

The funder added that a lack of workspaces remains a “serious issue” in Bristol that it is trying to solve.