ABRSM 'kicked out of China'

The music exam board’s inability to operate freely in one of its biggest markets may become problematic as domestic exam numbers decline. 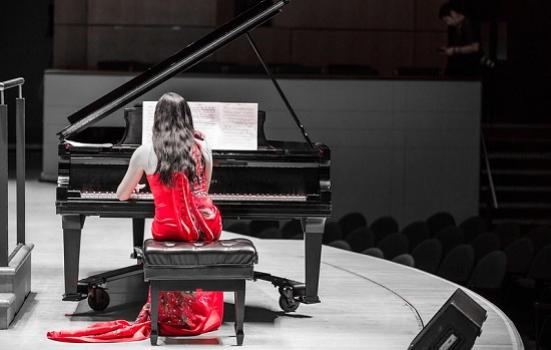 Music examiner ABRSM has lost access to the lucrative exams market in China after the country declined to renew its trading licence.

In a statement, ABRSM said it continues to examine in Shanghai and will resume examining elsewhere in China "if and when mainland China provincial and national authorities provide the necessary approvals to allow ABRSM and other foreign performing arts examining organisations" to do so.

ABRSM says China's Ministry of Culture and Tourism has decided "despite their previous attitude, to challenge the provision of public performing arts exams by foreign organisations". It claims it has been targeted by the ministry in recent months "because we have been the most successful, high-profile and most respected international organisation" operating under its purview.

This is a significant blow to the music organisation: in recent years its profits have been led by international growth, with the Chinese market expanding by almost 50% in 2017/18.

It's the latest in a series of challenges for ABRSM, which has faced strong criticism in the UK for its leading role in shaping the Department for Education's revised national Model Music Curriculum - despite having no experience in music curriculum delivery in schools.

ArtsProfessional has learned that the London-based organisation closed exam centres in China and ended its contracts with China-based examinations support staff,  having been forced to cancel performance exams in seven cities in July and August last year.

It is believed that ABRSM had been operating under a ‘trial licensing’ arrangement for nearly a decade, granted by the Chinese government after the Shanghai Expo in 2010. That arrangement ended in June.

A statement posted on the Chinese version of its website on 17 June last year says “ABRSM exams had to be suspended … to accommodate the law enforcement efforts by the local government authorities in China”.

It continues: “Over the last few years we have been seeking guidance from the competent government authorities on how to continue to provide music exams and support for music teachers and pupils in accordance with Chinese laws. We regret the pre-emptive actions being taken at a local level that will impact students who have worked so hard to prepare for their exams."

A blow to profits?

ABRSM's  published accounts show international testing made up about 54% of the board’s exams last financial year and contributed £31.9m (69%) of its income from exams. A 6% increase in international assessments in 2018 was “driven in significant part by strong growth in the market in China”. Exam numbers in China grew by 48% in the same period, according to ABRSM's records, suggesting the impact of withdrawal from China could have a significant impact on ABRSM's profits.

Executive Director of Global Operations, Tim Arnold, appeared on China Central TV several times between 2016 and 2018 in programmes “in which the merits of ABRSM were discussed with leading musicians in China”, ABRSM's published reports say.

The examiner told ArtsProfessional that the flexibility of its business model had allowed it to respond quickly to changing circumstances in China: "Our reputation with students, parents, and teachers across China and the Far East is unaffected by the decision of the Ministry of Culture and Tourism."

While international exam numbers climb, demand for ABRSM exams at home is declining.

ABRSM said it is "delighted with the buoyancy of its home market".

ABRSM has also run into issues developing the UK’s new music curriculum, with the Department for Education (DfE) rejecting its model framework for not meeting the “required quality”.

As a result, the DfE has delayed the release date of the new curriculum, initially intended for publication last summer. The department have yet to respond to ArtsProfessional's request for the new release date.

DfE’s decision to award ABRSM the £4500 contract in February last year sparked strong criticism from music education experts who feared it did not have experience teaching music in schools and questioned the competitiveness of the selection process.

Music educator and journalist Chris Walters tweeted at the time that “ABRSM are great at what they do but they are not synonymous with a broad base of experience in classroom music – no graded exam board is”.

Former ABRSM senior staffer Michelle James sprung to the organisation’s defence: “While organisationally they may not have a huge amount of direct experience of classroom teaching or curriculum development there are individuals on their staff and external experts with whom they no doubt will consult, who do.

“They’re not tasked with inventing it in a vacuum, but to draft something based on input from a variety of sources.”