"This is clear evidence of the existence and the scale of a jobs crisis," researchers say. 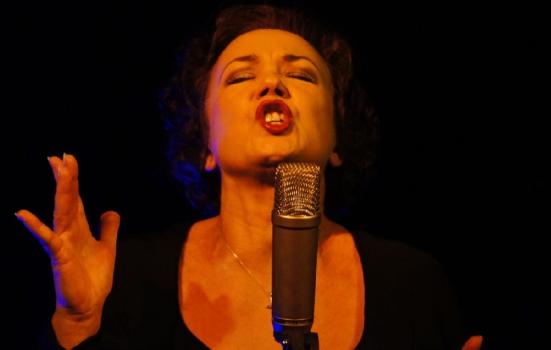 Music, performing and visual arts have fared worst in job retention among the creative and cultural industries

About 55,000 arts jobs - nearly a third of the sector's workforce - have been lost since the first lockdown, research shows.

Office for National Statistics data shows the number of UK workers in music, performing arts and visual arts occupations fell from about 200,000 people in the January to March period to about 160,000 between April and June. A second drop to 145,000 workers by September has led to a 30% decline since the pandemic hit - the worst among all creative and cultural industries.

Employment across all creative occupations has fallen 15% since the start of 2020. Two-thirds of those people have found new jobs in other occupations, but 10% are now unemployed.

The Creative Industries Policy and Evidence Centre and the Centre for Cultural Value, which collaborated on analysing these figures, say they prove workers have been hit hard by the pandemic and lockdowns: the rate of people leaving creative occupations in 2020 by choice or otherwise is 50% higher than average departures over the past five years.

"This is clear evidence of the existence and the scale of a jobs crisis."

The number and proportion of people leaving the creative industries - about 110,000, or 8% of the workforce, by July - is lower than in the cultural sector.

Music, performing arts and visual arts, which are grouped together in the figures, are the only industries to have experienced a sustained decline in their workforces since the start of 2020.

Researcher Dr Dave O'Brien said that, compared to creative industries, many cultural venues and workplaces have been shut down.

"If you're a software developer, it's been possible to work from home."

"By contrast, a lot of the people working in the cultural sector are self-employed or pay themselves as small businesses, meaning it’s been harder for them to access government support."

The research report says this is particularly significant as those industries had actually grown their workforces over the past few years.

"When we looked at it from the industry-wide perspective... rather than an occupational perspective, we found similar results," researchers said.

While the decline in jobs in the music, performing and visual arts industries is the most sustained and dramatic, the size of workforces in crafts, design, museums, galleries and libraries has also shrunk.

With the exception of crafts, all other creative and cultural occupations have begun to recover.

There has also been "a collapse in working hours" across the creative industries.

"Even where we didn't find evidence of high levels of job losses, we found that since lockdown began, creative occupations have seen a significant reduction in the average number of hours worked a week," researchers said.

The uneven impact of this has been most severely felt in the arts: the majority of music, performing and visual arts workers are now on zero hours, and more are working less than 40 hours a week.

Those working in crafts, film, television, radio, photography and design have also been badly affected, but were more likely to be working at least 32 hours per week.

O'Brien says this indicates a more challenging path to recovery for the arts.

"Because of how many people in these sorts of roles are leaving the sector entirely, it’ll make it hard to pick up where we’ve left off."

He says there is also a danger that more privileged people who can ride out long periods of unemployment will then make up the majority of the arts sector.

"The profile of the sector might look even more exclusive once we get closer to what we might describe as 'back to normal.'"

Furlough figures confirm the decline. By the end of September, 45% of all employers in arts, entertainment and recreation still had staff on furlough - the highest proportion of all industrial sectors. Accommodation and food services followed at 41%, while the average across all sectors was just 29%.

Out of a total of 40,000 arts workplaces, 18,100 were claiming from the Coronavirus Job Retention Scheme for at least some staff. Of these, the majority (14,200) were claiming for full-time furlough.

The total number of arts, entertainment and recreation staff registered full-time with the scheme was 96,100. A further 50,600 employees were on part-time furlough.

This represents 23% of all employees in the sector - again, the highest of all industrial sectors.