2023 Borough of Culture to go ahead despite council's financial woes

Croydon is still developing the cultural showcase despite an order against non-essential spending, a review over alleged financial mismanagement, and a £67m deficit. 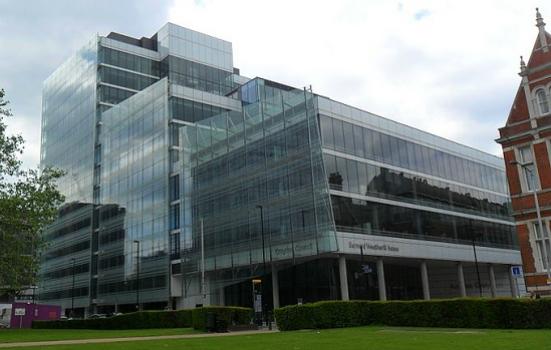 Croydon Council and London officials are continuing discussions about the 2023 programme amid a spending freeze
Photo:

Croydon will host London Borough of Culture in 2023 despite being effectively bankrupt and under review over claims of financial mismanagement.

Croydon Council and the Greater London Authority (GLA), which funds the Borough of Culture scheme, said they remain committed to the project, although neither explained how they would ensure its delivery amid the council's current financial crisis.

A Section 114 notice was issued last week, meaning council will freeze all new and non-essential spending and ask for a government bailout to address its £67m deficit. The council was placed under statutory review by Local Government Secretary Robert Jenrick at the end of October.

"The financial problems the council is facing have multiple causes and, while a decade of austerity, historic under-funding and the Covid-19 crisis have had a major impact on our finances, we’ve got to be honest that the council has also made mistakes," Council Leader Hamida Ali said.

"I’ve lived in Croydon all my life so I know how angry local people will feel that the council has got itself into this place. My job is to take the action needed to turn it around."

While the Ministry of Housing, Communities and Local Government condemned Croydon Council, saying it had been "entirely irresponsible with [its] investments", a spokesperson for the Mayor of London's office said it hopes Croydon will reach a settlement with the Government soon.

"It is right that the council's focus is on these immediate issues but we are committed to working closely with the borough to develop their plans for 2023."

A Croydon Council spokesperson said: “We have regular Borough of Culture discussions with the GLA, and we will continue to do so over the coming months.”

Though councils frequently complain of being on the edge of bankruptcy, Croydon has reached a rare level of financial distress. It is the first to declare a Section 114 notice since Nottinghamshire County Council in 2018.

The section of the Local Government Finance Act is invoked by chief finance officers of councils - in Croydon's case, Finance Director Lisa Taylor - if they believe the council cannot reach a balanced budget.

Arts are not considered a stautory service, and while spending of ringfenced grants is allowed, the order appears to prohibit spending on new - and potentially existing - programmes of work.

Croydon Council did not respond to questions about what cultural services it would be able to maintain under the order.

More information about how the notice will affect Croydon's cultural assets and activities would become available next week, the council said.

Fairfield Halls reopened in September last year after a much-delayed £42.6m redevelopment, only to close again in March. It is operated by BHLive, which could not be reached for comment.

BHLive received a £2.5m grant from the Cultural Recovery Fund grants, however; the company owns several leisure venues and it is not clear how much of the grant will benefit Fairfield Halls.