20 allegations made against Kevin Spacey in Old Vic investigation

The theatre has apologised and committed to introducing ‘guardians’ at the organisation who will become an informal channel for raising concerns. 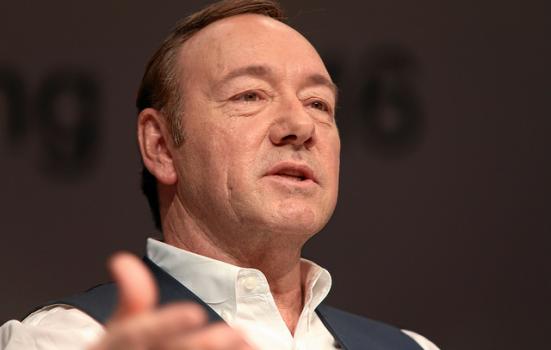 An investigation into Kevin Spacey’s conduct while he was Artistic Director of The Old Vic has resulted in 20 allegations of inappropriate behaviour, the theatre has revealed.

Law firm Lewis Silkin, which the theatre hired to investigate reports of sexual misconduct by the actor, finds Spacey’s ‘star power’ may have prevented staff from speaking out.

It found one complaint was raised “formally or informally” with a member of management during Spacey’s tenure, which ran from 2004 to 2015, but concludes trustees were unaware of the allegations.

The theatre has responded by apologising and announcing a raft of organisational changes, including a commitment to implementing a non-formal complaints process and to producing a set of cultural expectations for staff.

“These allegations have been a shock and a disturbing surprise to many of us,” commented The Old Vic’s Artistic Director, Matthew Warchus, who took over from Spacey in 2015. “It is incorrect, unfair and irresponsible to say that everybody knew.

“But as a result of the investigation, what we have learnt is how better to call out this behaviour in future.”

Following several high-profile reports about Spacey’s behaviour, The Old Vic invited anyone who would like to make a retrospective complaint to contact them and engaged Lewis Silkin to undertake an independent investigation.

The Lewis Silkin report concludes that, as a Hollywood star, Spacey had a “cult of personality” at The Old Vic that may have prevented people, “in particular junior staff or young actors,” from feeling that they could speak up and ask for help.

It warns that a lack of clarity about The Old Vic’s code of behaviour and confusion about the impact of reporting misconduct, as well as a lack of information sharing between creative and operational staff, may have contributed to the problems.

No legal claims, formal disputes, or settlement agreements were made in relation to Spacey’s tenure, and the investigation has been unable to verify any of the allegations made. A statement from The Old Vic adds that it is “important to note that Kevin Spacey has not commented on them”.

None of the 20 allegations involved minors, and all but two of the incidents reported took place before 2009.

In response, The Old Vic has committed to a “new way forward” to ensure the theatre fulfils its duty of care to everyone it works with.

The investigation concludes complainants may have found it easier to come forward if there had been a “non-formal and confidential mechanism” to raise concerns, and in response the theatre has committed to appointing a series of ‘guardians’. These people will be drawn from the board and across the organisation, and will become a point of call for those who do not want to raise concerns through formal channels.

The organisation will also provide “refocused guidance and training”, new opportunities for checks and feedback, and the creation of an ‘OK – Not OK’ set of cultural expectations for staff.

After the investigation was tainted by claims it wasn’t sufficiently confidential – with one complainant telling Buzzfeed News his trust had been breached after he was contacted by The Old Vic’s Executive Director – the theatre has said its commitment for all information to remain confidential “will be honoured”.

In addition, it has arranged for a 24-hour victim support counselling service to be open every day for the next 12 months for those affected during Spacey’s tenure.

“We hope this goes some way towards providing a support structure for those affected, together with the knowledge that the testimonies they have shared will help inform the way forward at The Old Vic and in the wider industry,” a spokesperson said.

Nick Clarry, Chairman of The Old Vic since January 2014, added: “On behalf of The Old Vic board of trustees, to all those people who felt unable to speak up at the time, The Old Vic truly apologises. Inappropriate behaviour by anyone working at The Old Vic is completely unacceptable.

“We will foster a safe and supportive environment without prejudice, harassment or bullying of any sort, at any level. We want anyone who works here to feel confident, valued and proud to be part of The Old Vic family.”