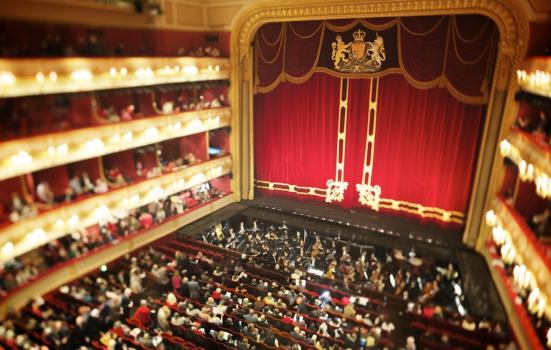 The 100 top executives at major arts institutions in England and Wales earn pay packages totalling over £10m a year, AP has discovered.

At the nine organisations receiving Arts Council England (ACE) annual funding of £5m or more –  five of which are opera companies –  more than 30 managers earned six-figure salaries in 2016/17, at least one in each organisation.

The pay figures, which include salaries and employer pension contributions as well as any fees, bonuses and benefits received by the executives, were provided either in the organisations’ annual accounts for 2016/17 or in response to questions from AP.

Although the ROH only lists five staff positions within its key management team, in total it employed 14 managers on over £100k each, and a further 12 performers at the same level.  The other opera companies each employ only 1 or 2 senior executives at this level.

Other organisations paying multiple six-figure salaries included the Southbank Centre and National Theatre – which each have four staff members who earned over this threshold – and the Royal Shakespeare Company, where two members of staff and seven performing artists received more than £100k.

The ROH also records the highest levels of individual pay in the sector, with Music Director Sir Antonio Pappano earning £795k and Chief Executive Alex Beard being paid £286k in 2016/17.

While Beard’s pay was all received as salary, Pappano’s comprised a salary of £115k and fees of £680k. The ROH’s accounts explain that “the total level of fees varies season to season depending on the number of ROH engagements undertaken”.

Three other executives were paid over £200k in 2016/17, while the highest paid individuals at all the other organisations received between £100k and £190k.

The bulk of these pay packages came in the form of salaries, but in some cases also included fees and bonuses.

Levels of executive pay at ROH appear to be significantly higher than those in other parts of the sector.

AP’s recent ArtsPay survey found average senior pay in organisations with a turnover greater than £10m to be £50k. Early and middle career roles in these larger organisations were found to pay an average of £23.5k and £32k respectively.

The largest organisations believe their executive pay reflects the responsibilities of the roles and is in line with market rates. Board scrutiny of senior pay is often part of the pay setting process.

An ROH spokesperson said: “The Royal Opera House’s executive salaries are set by reference to market comparators within the UK and internationally and are regularly benchmarked as such. Senior salaries are set by the board’s People and Organisation Committee and are published annually.”

The Southbank Centre said that it “regularly reviews and benchmarks the salary scales of all staff with comparable roles within the arts sector. This process is overseen by an independent remuneration committee formed from our Board of Governors.”

And the National Theatre commented that it “is one of the largest arts organisations in the UK, with over 1,000 members of staff. The salaries of the executive team reflect the leadership experience and accountability these positions hold within the organisation and are published annually in line with our statutory responsibilities. The National Theatre is committed to paying the London Living Wage as a minimum for all staff.”

Efforts are being made by some of the organisations to improve pay and benefits for all workers and reduce differentials between the most senior staff and lower paid workers.

Catherine Mallyon, Executive Director of the RSC, told AP: “In common with other organisations in the industry, the RSC has extremely talented, hard-working and dedicated staff undertaking a diverse range of demanding roles. We have a longstanding commitment to appropriate and fair rates of pay for all our employees; permanent full-time and part-time, fixed term and freelance.

We pay at, or above the National Living Wage Foundation rates for all our roles (as distinct from the lower National Minimum Wage), and pay above the minimum levels set by the main unions with which we work (BECTU, Equity, Musicians Union).  In addition to basic rates of pay we enhance statutory provisions (for example sickness, pension) for our employees, often significantly, and despite funding cuts we have maintained rates of pay in line with inflation over recent years.

“This approach means that throughout the RSC pay levels are at or above those for similar roles within the sector… We will continue to work towards fair rates of pay for our staff and freelance workers and across the sector, whilst appreciating that other organisations are not always in a position to match this.  We support the need to raise awareness of the sometimes challenging sector pay levels in the hope that over time these can be increased.

“When we compare pay levels with other sector organisations of similar scale, we find that our senior staff and highest rates of pay generally sit at median levels or below. The salaries over £100,000 include performers, artistic and executive employees and as such numbers vary from year to year.  For the 2017/18 year four out of 1,180 people were paid more than £100,000 pa, whereas in 2016/17 the figure was nine.”