We need more welfare funding of the arts – literally

If the arts sector really has faith in everyday creativity, it should put its money where its mouth is, writes Jonathan Knott. 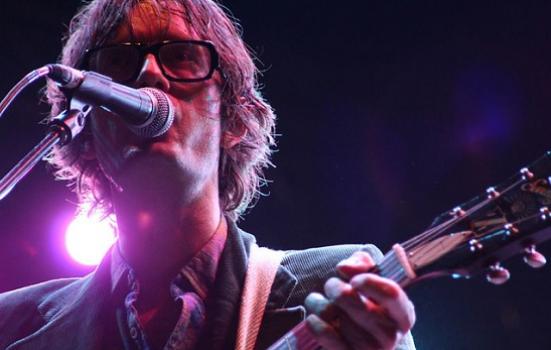 Photo:
thetripwirenyc
Welfare subsidies have helped the establishment of many artists

Last week, Brent launched its London Borough of Culture 2020 programme by backing the idea of everyday creativity. Alongside headline-grabbing initiatives, the borough will fund up to 60 community projects from a dedicated £500,000 fund.

Public spending on the arts was also raised by a recent Creative Scotland report which notes a growing consensus that it is unfair for taxpayer and lottery money to be used to subsidise the business models of large institutions, whose audiences remain resolutely elite. Author Jeanie Scott – who interestingly dubs this approach the “welfare model” – argues that “change is inevitable”.

These developments indicate growing debate about what is culture, and which parts of it are worthy of state support. Even the supreme cultural gatekeeper Arts Council England (ACE) now says “we do not consider that certain types or scales of artistic activity are inherently of higher quality or value than others”.

But if the sector really has faith in everyday creativity, why do we need gatekeepers at all? Perhaps it would be easier to give everyone a small amount of public money to enable them to develop their creativity in the way they define it.

This might seem radical – but it’s not dissimilar to how things worked several decades ago, when the Government attached less stringent conditions to benefits. Many now established creative artists credit the dole with giving them to space to survive and grow before they could make a living from their work. The writer Geoff Dyer has said “I couldn’t have learned my trade…and become a respectable tax-paying citizen without the support of the dole”. Bands such as Pulp and Oasis also claimed benefits when they were starting out. Indeed, UB40 are named after a form for claiming them.

Investment in the creative industries

The dole has in effect given working class artists some of the privilege that many middle and upper class young people have always had access to: a few years of subsidy as they established creative careers. And this has contributed to the UK maintaining its reputation as a global creative powerhouse and tourist hotspot, even as its hard diplomatic clout wanes. It seems to me that far from wasting taxpayers’ money, this more generous welfare system was a powerful investment in the UK’s creative industries, soft power and public health. We should aim to create this situation again, and there are ways it can be done – a kinder benefits regime, a shorter working week, or a universal basic income being some of the options.

For sure, much money spent in this way will not result in world class art, and arguably not even in any creative activity at all. But can’t that also be said of the millions given yearly to cultural institutions? And when London’s planned cultural quarter in the Olympic Park is already £14m over budget, and Manchester’s Factory is set to overspend beyond the £19m it has already reached, efficiency hardly seems to be the biggest concern in other areas of public arts spending.

Where would the money come from, though? Here are some suggestions. The 14 senior managers at the Royal Opera House paid more than £100,000 in 2016/17 could survive a small cut, and ACE’s senior management team could be persuaded to keep their pay rises in line with inflation. And why stop there? Imagine what could be done, for example, with the £478m provided by DCMS, and the £151m by the Mayor of London, for London’s East Bank project. Or with ACE’s combined annual Lottery and grant-in-aid income of more than £700m.

It’s amazing what you can achieve with a little creativity.