UK Music has published its industry-wide ten-point plan for a diverse music ecosystem. But it’s actions, not words, that will bring about lasting change, says Ammo Talwar. 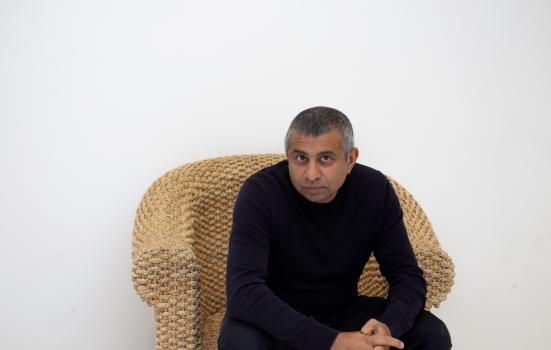 When the outcry over the murder of George Floyd once again highlighted injustices in the law, it amplified the voices of the Black Lives Matter movement and theirs became the loudest voice for global justice, equality and equity. It resonated with our UK youth like never before; modern, contemporary, organised and effective at all levels. Statues got dismantled, hashtags became “must” focussed – #rhodesmustfall and #TheShowMustBePaused backed by the Black Music Coalition in the UK and black music executives globally

The time had come for the music industry to stand up and back a radical, sustainable plan to repair the diversity deficit and back our black artists, black workforce and a modern diverse music ecosystem. At UK Music, the task force was already nine months deep into our flagship workforce survey, published this week .

It received unprecedented support from all the trade bodies - BPI, MU, PPL, AIM, MMF, FAC, IVORS, MPG, MPA and PRS, and the uptake surpassed the 2018 survey by over 33%.

This was and is the only survey to look this deeply into representation in the music workforce, auditing levels of diversity, social mobility, the protected characteristics, retention and access at all levels, right across the music business. It included studios, management agencies, music publishers, major and independent record labels, music licensing companies, the live music sector: the total UK music ecosystem.

But the data alone is not enough. This evidence must now be put to work to codesign, across the music industry, an action plan that is respectfully collaborative, holds senior executives to account and changes the culture with visible metrics and targets. It’s not just “more brown faces in the board rooms”; it’s more diversity of thought and practice, with sustainable ways to move progress forward with pace.

Diversity without action is just a dream, but action without evidence is a nightmare.  Our new Ten Point Plan  is drawn from the 2020 survey, based on new metrics, fresh evidence and lived experience of diversity in the music industry today, here in the UK.  We consulted, we watched, we listened, we gathered data and now there is a strategic plan that has been co-signed by every single major music trade body.

As the chair of UK Music’s Diversity Taskforce, I know I am responsible for making change happen, and I must be held accountable to ensure actions are sanctioned, strategy is developed and systems change. The Ten Point Plan closely aligns with the demands of Black Music Coalition, Women in Ctrl, PRS Foundation and all the other campaigning music companies to ensure justice and equality with a sharp focus on race and gender.

The Ten Point Plan has some low hanging fruit - really simple, common sense stuff: advertise to a broader audience base for new recruitment; listen to diverse staff members; update and implement stronger diversity targets. There are also deep, long-term drivers around the gender and race pay gaps, around governance, and ultimately putting new voices into key decision-making rooms – people who don’t look like you, talk like you or hang out in places like you.

We want to bring people with us, because we know diversity is stronger, better, smarter and more sustainable when “done with”, rather than “done to”. But at the same time there are some drivers, some values that are absolutely no compromise. The Ten Point Plan demands sharp actions at pace with respect. It’s going to be a long complex journey. Without the tragic death of George Floyd and the uprisings afterwards, without #TheShowMustBePausedUK, without #BlackOutTuesday, the UK music industry wouldn’t be at the watershed moment I believe it is today. Change is coming. It’s simply time to act.