Countertenor Hugh Cutting, winner of this year’s Kathleen Ferrier award, reflects on the people who have inspired and guided his career … and made him practise. 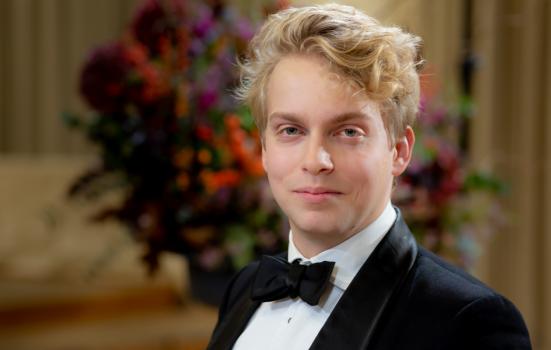 A supportive family, inspirational teachers and exceptional role models have all played their part in helping me achieve success as a singer and performer.

Edward conducted New College Choir in Oxford when I was a young treble there. Being a chorister was brilliant. I loved singing and being part of a team, and performing Evensong everyday meant it always felt like we were learning music for a very tangible reason. It taught us musical literacy and theory, but even more influential was Edward’s drive to create individual sounding choristers, something not always encouraged in choirs.

At St John’s College in Cambridge where I was an undergraduate choral scholar, the director of music was Andrew Nethsingha. Although stylistically different from Edward, they both wanted the same thing: to foster individual voices, rather than a white and fully blended sound common to other British choirs. These two planted the seed of the idea in me that to be a singer is a great way to be yourself and to express that.

Family is always a key influence, for good or ill. I’m particularly conscious that my family, despite their unconditional support, have never been pushy. They’re all musicians: my dad’s a trumpet player, my mum a violinist and my big brother a tenor (Guy Cutting). And while that formed much of my musical personality through osmosis, I was never pushed to pursue music.

If anything, they encouraged my love of acting and sport more, seeing how at home I was in school plays or playing in the football team. That encouragement meant that singing just seemed like an extension of acting. So, I need to thank them for NOT pushing me blindly into music when they easily might have.

I’m also lucky that my parents are both teachers who showed me how to practise effectively (and bless them for dealing with the relatively frequent temper tantrums from my end...). It sounds banal, but that’s where the bulk of the work is done, of course.

I imagine Iestyn is the countertenor that many young countertenors grew up listening to and trying to copy. As a spotty 15-year-old, I remember playing the New College / Academy of Ancient Music Messiah record and singing along to the alto arias sung by him (like any other cool teenage boy at the time).

The tone of ‘modern’ countertenors like Iestyn and Tim Mead showed to me how sturdy a falsetto can be, and something about that tone grabbed me. I even remember the concert I first heard Iestyn singing ‘For he is like a refiner’s fire’ from Messiah, and immediately thinking ‘yep I want to do that’. It’s weird to have such a specific memory of a turning point, but it’s always stuck with me.

The Royal College of Music staff deserves more praise than I can give it here, but I’ll single out two people: my teacher, Sally Burgess, and the deputy Head of Vocal and transformative coach, Audrey Hyland. I trust them the most on their feedback after performances.

Audrey’s focus is on preparation; you can never go to a class underprepared as she’ll see right through it. And Sally is a wonderful mentor. From her wealth of experience - she was THE Carmen back in her day - she always has the necessary perspective to stop me going off on one. As I’m doing now!

These two singers embody the type of performer I’d like to be. I’m lucky enough to have been taught by James and, before the lockdown, I had some coaching sessions with him in English song. He sings with such heart and honesty. But he’s also a lovely and humble guy that you can’t help but be drawn into watching him perform, as it comes from such a genuine, unaffected place.

Michael is the countertenor equivalent of this; an actor who sings with a voice that never sounds contrived, always at the service of the text and character. That’s quite a feat for any countertenor who has to work very hard to make a falsetto sound even vaguely natural/palatable.

I think they both show how a modern man and singer can be confident and strong but also gentle. They are great examples for any young man in a world that is confused about what a ‘strong man’ means. It works against the toxic masculinity often found in singers, dare I say. But I guess that’s another article!

Hugh Cutting is a countertenor at the Royal College of Music International Opera Studio.