As she prepares to retire, Sound Sense’s Kathryn Deane reflects on those that have – often unknowingly – inspired her work. 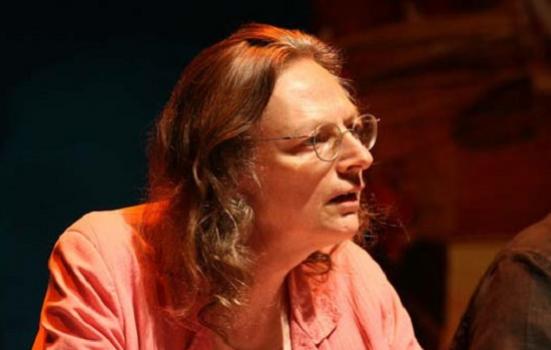 I think I might quite like retirement. Especially that bit where you pull your long grey beard and say “it’s getting on for half a century since I started working in the arts”.

So, it’s getting on for half a century since I started working in the arts. But my first group of gurus comes from a couple of years after then, and in different circumstances. Among the many things I notice as I get older is how much I have taken from and been shaped by people who hardly, if at all, knew me. The pity is, I didn’t think of them as gurus at the time – there are so many I should have liked to have thanked.

So, I send my retrospective gratitude to an amazing triumvirate who didn’t have a clue how they were affecting me, right at the beginning of my working life when I was a writer and editor on Which? magazine.

There was Eirlys Roberts, who had just stood down as Founding Editor of the Consumers Association, who taught me how any piece of writing can be enhanced by taking out 50% of the words. (This piece started out three pages long.) She also taught me the importance of being able to answer ‘the why questions’. Although not a ‘how question’, unfortunately: she was once giving me a lift in her ancient Mini, which was a hair-raising experience normally, compounded on this occasion when the gear lever came away in her hand. Neither of us knew how to put it back.

There was Michael Young, who co-founded every social innovation of the second half of the last century: Which?, Open University, University of the Third Age, School for Social Entrepreneurs and many more. He taught me what happened when I didn’t learn Eirlys’s lesson well enough. I worked with him on the early stages of a solar energy community project and he tore strips off my thinking. He was a democratic socialist and clearly believed in the redistribution of wealth. His reason for accepting a peerage, he claimed, was that it came with a free meal and train travel to London: useful for when his latest project left him short of cash.

The third was Claus Moser. My work at Which? often brought me up against the proper use of statistics and what we could and couldn’t say in print. At the time Moser, as head of the Central Statistical Office, was waging much grander battles with government, and inspired me to revere the proper use of stats.

And blow me, 25 years later when I joined Sound Sense, I found Young and Moser were patrons! I didn’t meet Eirlys or Michael again, but Claus did interview me for a research project a few years back. I knew I hadn’t got the gig when he picked up my submission between finger and thumb, called it “worthy” and dropped it back on the table.

So those three are the reasons I write and speak and think like I do. And I’ve just realised that their common characteristic is that they all frightened the life out of me. Which is not true of my next 3,243 gurus.

Sound Sense members past and current

I assume I’ll not be allowed the space to mention them all by name, so they’ll just be “Sound Sense members past and current”.

When I joined Sound Sense, I said that I knew nothing about community music. I only knew what my members told me. And I’m pleased to say that’s still the case. Pleased, because it’s been a useful advocacy tool, to have been able to say that I wasn’t promoting the use of community music because I liked it (although I do) but because an avalanche of anecdotes, statistics (thank you, Claus) and evaluations from members told me of the benefits. Pleased because it gave me a continual reason to hang out with some of the nicest, most thoughtful, open and welcoming of humans I’ve ever met. And pleased because I’ve learned something new every time I’ve met one of them.

But pleased mostly because I came into community music convinced of its power to change lives for the better, and I leave it even more convinced. And for that I have to thank every one of my 3,246 gurus.

Kathryn Deane joined Sound Sense, the UK professional association for community music, at the beginning of April 1995, and leaves on 30 November 2016. Her successor, Åsa Malmsten, joined on 30 August 2016.