Hanna Streeter, Executive Director at Orange Tree Theatre, reflects on the key influences on her career, including being inspired by theatre in-the-round and going full circle. 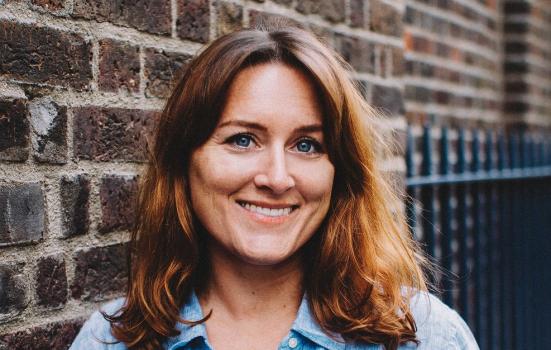 It distresses me to read about the decline of arts in education. I vividly remember being encouraged by Mr Ford at East Sheen Primary and Ms Richardson at Shene Secondary to take drama, to dance and be loud and proud about joining the school orchestra even though I felt bloody uncool at the time. Through those subjects I learnt to make friends and form relationships, develop empathy and understanding, and most significantly to express myself throughout the difficult teenage years.

It was at both of these schools that I was introduced to Shakespeare in-the-round at the Orange Tree Theatre, which ignited my passion for plays and presented a future full of possibility. The Education and Participation team at the Orange Tree is incredible; they engage with around 10,000 school children every year across local boroughs. I’m so lucky to have had this opportunity and to now be working in the very institution where it all began for me.

After graduating from the University of Chichester I had the startling realisation that performing was not my forte, so I embarked on an MA in Arts Policy and Management at Birkbeck. I was fortunate to meet the incredible producer and programmer Ellie Beedham, who gave a motivating seminar in arts marketing. After sending her a pleading email she took me under her wing and got me volunteering at Greenwich and Docklands Festival and helping with various freelance projects.

She taught me about working with artists and audiences. And in a fortunate case of right-place-right-time, when she received ACE funding for a Stan Won’t Dance tour, I was offered a job as their administrator. I  coordinated a national tour and managed a youth dance residency programme with the amazing director/choreographers Liam Steel and Rob Tannion.

Arts consultant Roger Nelson was managing the tour and gave me the confidence to start thinking I too could be a producer. He was responsible for introducing me to the team at Paines Plough, which changed my life.

At Paines Plough I was taken on for one month of admin cover. It was shortly after James Grieve and George Perrin had become joint Artistic Directors, and was the most exciting time for the company - being on the cusp of rapid growth. Cut forward nine years and I left as their senior producer.

Developing through the ranks of one organisation is admittedly rare. From temporary admin assistant I became the full-time administrator, managed by then general manager Claire Simpson and producer Tara Wilkinson and led by the remarkable Caro Newling, Chair of Trustees. They gave me the opportunity to get stuck into tour booking and line-producing shows. I soon became Assistant Producer, then Producer and finally Senior Producer, leading on a diverse programme of new plays across the UK and internationally.

George and James are the most incredible leaders and talented artists, and are responsible for the bulk of my professional development. Their ambition and entrepreneurialism inspired me constantly. They taught me how to nurture talent. How to talk about plays. How to write a business plan. How to make work fun. They told me to learn from other industries and gave me the confidence to push forward new ideas. They really cared about the team, genuine collaboration, open access and reaching new audiences. I join Orange Tree carrying the same set of values.

Where would we be without the superhumans that are stage managers? The hardest working of us all. I have been inspired by so many wonderful stage managers’ creativity in problem-solving and dedication to making the show go on. Harriet Stewart, my dear friend, I am so grateful to you.

When I was rejected for the Clore Leadership short course I decided to make my own leadership traineeship by calling on a number of strong women I admired. I approached Lucy Davies at the Royal Court, who generously invited me to shadow her. The fearless and formidable Henny Finch became my mentor and helped me realise my potential, and I began mentoring other producers to pay those skills forward.

I also received peer support from Sarah Nicholson, my predecessor at the Orange Tree, who is responsible, along with my brilliant new colleague and Artistic Director Paul Miller, in transforming the Orange Tree into a thriving London theatre following their loss of all core NPO funding. I have learnt titanic amounts from Sarah’s skill and temperament, and as I end my first week in the new role I am aware I have some very big boots to fill.

Hanna Streeter is Executive Director at the Orange Tree Theatre.