As she joins Manchester’s HOME, Sheena Wrigley looks back over the course of her career. 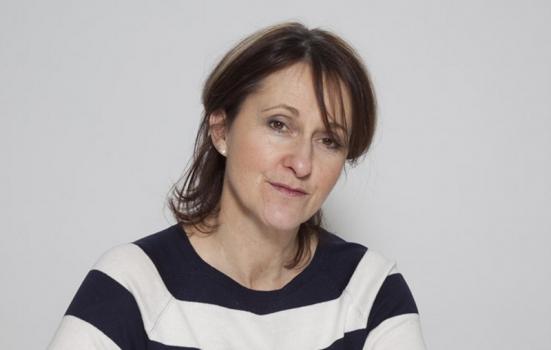 I’m eight weeks into my new role at HOME now. I reflected as I joined that my last four jobs have been new posts in which I am the first incumbent. But this is my first time in a newly created role in a new organisation in a new building.

At HOME, watching a film is part of my job and a lunchtime wander around the gallery is still disconcertingly exhilarating. In previous roles I have established festivals, programmed site-specific work and tried to break boundaries, so HOME is a natural place for me to be. At its best HOME is a glorious experiment in cross-artform creativity, coupled with an investigation into how to create the organisational structures, systems and culture that can make such an experiment a success.

When I first arrived in Yorkshire in 1997 I lived at the Playhouse. I remember thinking that I would have ‘made it’ if I ever got to run this company. So, even though the Clore Leadership Programme was leading me towards festivals, when I was offered the role alongside then Artistic Director Ian Brown, I had no hesitation.

From the beginning the challenges of changing and revitalising the organisation were immense but hugely exciting. With backing from Arts Council England and the arrival of Artistic Director James Brining the groundwork Ian and I laid could be accelerated. We opened up new areas of programming, extended our work with young people, pioneered work with those living with dementia, with refugees and asylum seekers, and created opportunities for a new generation of artists and companies who are integral to our industry’s future. For the last 18 months I drove forward a capital redevelopment bid which I hope will become part of my legacy.

A sort of ‘grown up gap year’. If this sounds dismissive, it isn’t. Clore was about inspiration, challenge and reflecting on what next, on how to lead and become the best version of my professional self. It was a massive privilege to have access to a wonderful range of people and experiences. I lived for a while in Rotterdam, working on secondment for Rotterdam Festivals – an unforgettable experience.

Arriving in Bradford I had to climb a vertical learning curve. I went from running a 500-seat theatre to being responsible for two leading touring houses, a festival and events programme, and the arts strategy for a major metropolitan city. But this was nothing compared to trying to understand the peculiarities of local authority working. Here I learned about politics, how to frame an argument for the arts in terms of every economic, social and political agenda imaginable, and I tried hard to learn the patience required to be genuinely effective at a senior local authority level. I valued the opportunity to learn from passionate, intelligent and politically astute colleagues and politicians, most of whom cared deeply about the city and its people.

My time at Harrogate Theatre began with the weirdest job interview ever – an entire board of 22 in a hotel conference room. I ended up spending six and a half years at the theatre, taking it from threat of closure to success and vibrancy. Rob Swain and Hannah Chiswick were my artistic partners in this transformation. My Chairman, an American ex-NSA UK Chief (US National Security Agency), taught me the art of strategic planning and terms like ‘route map’ and ‘straw man’. Together we modelled a new ‘mixed economy programme’ (producing, visiting and our own touring) – now an accepted formula for regional houses, but one I received strong criticism for at the time. We also created HT2, a massive rural outreach programme that connected our work to our extensive rural hinterland.

After leaving Temba I spent two years running a touring company in Canada. On my return, I was astounded the Arts Council offered a job to someone like me – with a creative and company management background. It’s much more the norm now but at the time I thought my theatre industry experience would count against me. Nonetheless, I enjoyed my first taste of contributing to cultural policy.

This was my first job in management. Working with the inspirational and sometimes controversial Artistic Director Alby James was great training in the ‘art of doing everything’. I loved the company’s programme – new black British writing and reinvented classics with a diverse, political, global aesthetic. The company was the launchpad for the career of many black British actors who are household names today.

Temba lost its funding in the mid-1990s. It frustrates and angers me still that there is such a limited legacy from its work, while we continue to rehearse the same conversations about lack of diversity in theatre.