The new Executive Director of Citizens Theatre, Glasgow, Judith Kilvington, guides us through her career to date. 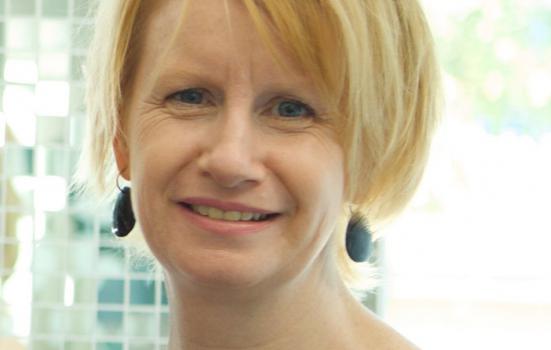 Executive Director/Joint CEO, Graeae Theatre Company (2006-2013)
I have enjoyed an extraordinary partnership over the last seven years at Graeae with Jenny Sealey, Artistic Director. The company’s unique vision is to create world-class theatre led by disabled artists. From our involvement with the London 2012 Paralympic Games Opening Ceremony to collaborations with Greenwich+Docklands International Festival, Strange Fruit, La Fura dels Baus and our long-standing partner, New Wolsey Theatre, we’ve put disabled artists centre stage at venues all over the UK. But I am most proud of leading our capital project which resulted in providing Graeae’s first home in its 30 year history: Bradbury Studios is creative, contemporary, urban and above all fully accessible.

Training & Learning Manager, Graeae (2002-2006)
I joined Graeae to run Missing Piece 3, a training programme for actors with physical and sensory impairments. Missing Piece 3 was about joining up with a training organisation (London Metropolitan University) to provide an accredited, industry-recognised programme. The course led to many great collaborations with institutions such as Central School of Speech & Drama, Rose Bruford College and RADA that focused on dismantling barriers to disabled students’ participation in mainstream actor training. Over five years, we trained 56 actors; we stopped running the course in 2006 believing our job was done…

Administrator, Actors Touring Company (2001-2002)
In early 2001, my close friend, Becky West, and I decided on impulse that we would give up our steady jobs and follow our respective dreams. We worked on our covering letters together (with numerous puns to ensure we stuck out in the crowd) and we both got the jobs. I had been hooked on theatre since my dad, an English Teacher, first took me to the RSC at the age of 10. Gordon Anderson was the new Artistic Director at ATC and his vision was to bring European plays to the national small scale touring circuit. It was the best introduction to working in theatre because there were just three of us, so I learned everything about the day to day running of a small-scale touring company.

Network Co-ordinator, European Network for HIV/STD Prevention in Prostitution, Imperial College School of Medicine (1998-2001)
This role required a combination of skills: knowledge of at least one European language, research, administration and knowledge of the sex industry or public health. I had the first three but not the latter. Professors Helen Ward and Sophie Day worked in the fields of public health and anthropology and, led by them, I co-ordinated a network across 16 European countries which delivered research and health promotion projects for sex workers. Having failed to publish any papers during my six years at Goldsmiths, I was delighted to break my duck and publish an article, co-authored by Helen and Sophie, on prostitution policies in Europe for Feminist Review in 2001.

Administrator, Centre for Cultural Studies, and the departments of Visual Arts, Drama and European Languages, Goldsmiths College/PhD research on Helga Königsdorf and East German Women Writers (1992-1998)
With a degree in German and having lived in West Germany as the Wall came down, I had a keen interest in the former GDR, and particularly the novels of East German Women Writers. Many escaped censorship by re-telling fairy tales and using fantastic realism as a narrative device. I have never quite forgotten the feeling of luxury afforded you by a PHD; reading and writing day in, day out. But I couldn’t resist supplementing my grant with working in a number of departments at Goldsmiths. I discovered that a career in research was less attractive than being part of a busy and lively office environment, organising people and things.

English Language Assistant, Köln & Leipzig, TEFL Teacher, Poole (1991-1995)
Like most students studying languages, I spent much of my university life teaching English as a foreign language – either in German schools or down in Dorset for a dynamic German woman called Lotte Herbst. Her best idea was combining learning to sail a boat around the Greek islands with learning English: I went for the job with delight until I realised that spending 14 days on a sailing boat with 12 teenagers was not as idyllic as it sounded.

Judith Kilvington will join the Citizens Theatre in Glasgow as their new Executive Director in July.
www.citz.co.uk