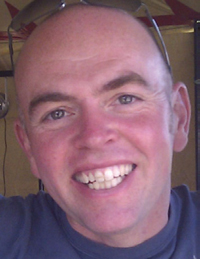 This year appears to be the culmination of many years’ vocation in various spheres, all coming together over one hectic weekend. 2002 was the first year I performed at Winchester’s Hat Fair, so there’s a feeling of coming full circle over the last decade. Who could want for more – running around streets and big outdoor spaces organising vagrant performers and crazy French street artists, working with a dedicated crew and team to deliver an event which will hopefully be a new direction for Europe’s oldest street arts festival.

The more time I spend working on projects at my computer, the more I know that I really still enjoy rushing around outdoors, heaving heavy equipment and problem solving on the hoof. Over the last year I have helped manage events in Edinburgh Festival, Aarhus Denmark, Phoenix, Santa Barbara, Brighton and Winchester. I began to work in a production capacity for community and local authority events. The outdoor nature of many of the events lent itself to my nomadic lifestyle, after a childhood being dragged around festivals by my parents. I teach performance regularly to several youth arts groups. I also work regularly for large-scale art installation companies and have collaborated on works in the V&A, Covent Garden and on The South Bank over the past couple of years.

I began learning the art of pyrotechnics and blowing things up. My work with them ever since has taken me around the world.

Moving to Brighton I set up studios with my partner after observing the lack of affordable, communal creative spaces. We have continued to work in this capacity since. As practising artists, having that security was paramount to planning ahead. Having similar-minded people working around us has been invaluable.

After sticking a pin in a map and landing in Edinburgh I began working in glass with my partner, creating and selling pieces through local galleries and working at local arts and entertainment events.

I began performing as a child with youth theatre and have been involved in stage and circus ever since. I taught myself to stilt walk as a way of overcoming damage to my ear that affected my balance. The natural show-off in me took over and I began to make a living at it. I completed my BA at Bradford University and spent the following couple of summer seasons living on the road with the circus, seeing obscure corners of the UK and inhabiting playing fields and parks. Mainly working in a crew rather than performance capacity, it opened my mind to the possibilities of life and work out there in the unconventional sense.