Jenny Abramsky CBE (pictured), currently Director of BBC Audio & Music, will join the Board of The Heritage Lottery Fund and National Heritage Memorial Fund as Chair in October 2008. She is also a member of the BBC Executive Board, Chair of the Hampstead Theatre, a Trustee of the Central School of Ballet and an Honorary Member of the Royal Academy of Music. She takes over from Dame Liz Forgan, who steps down after seven years.

At Southbank Sinfonia, Barnaby Adams has taken over as Orchestra Manager from Lucy Leddington Wright, who has now joined the orchestra department at the Royal Opera House. Alexandra Cross is the new Marketing Officer, succeeding Maidlin Smith.

Philip Strafford (pictured) has moved to Sheffield Theatres as Senior Media Officer from the press office at the West Yorkshire Playhouse in Leeds. Prior to this he has worked as Project Manager for BT’s Education programme.

Orchestras Live has appointed Henry Little (pictured) as its new Chief Executive, following the retirement of David Richardson in summer 2008. Henry Little will move from Arts Council England, where he has held various posts including Head of Opera and Music Theatre and Senior Strategy Officer, Music. He has previously worked for Athole Still International Management and English National Opera.

Fay Lamb, Head of Marketing Communications, Culture Northwest, has been appointed as Chief Executive of the Citadel Arts Centre, St Helens. She has previously held positions at The Bridgewater Hall and Everyman Theatre.

Duncan Sackey (pictured) has become the new Administrator for FolkArts England, based in Matlock, Derbyshire. He previously worked for Xtrax in Manchester.

Award-winning choreographer Wayne McGregor has been appointed as the country’s first ‘dance champion’ for young people by Culture Minister Margaret Hodge. He is renowned for his physically testing choreography and ground-breaking collaborations across dance, film, music, visual art, technology and science. He was previously Resident Choreographer of The Royal Ballet and Associate Artist at Sadler’s Wells.

Simon Wallis (pictured), Director of the Chisenhale Gallery in Tower Hamlets, London, will become the first Director of The Hepworth Wakefield, the city’s new art gallery. He has previously worked as Senior Exhibitions Organiser at the Institute of Contemporary Arts in London, Curator at Tate Liverpool and Exhibitions Organiser at Kettle’s Yard, University of Cambridge.

Swenson to step down from PEER 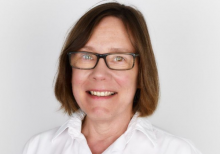 INGRID SWENSON has announced she will leave PEER in January after 23 years as Director.

During her tenure, Swenson oversaw a 2016 capital...

Samuels steps down from 20 Stories High 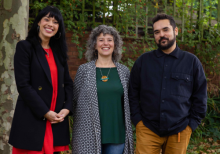 20 Stories High Co-Founder, Co-Artistic Director and Co-CEO JULIA SAMUELS is stepping down from the Liverpool theatre company after 15 years. 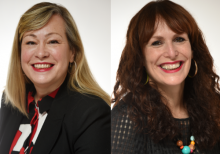 PRS for Music appoints Head of Inclusion and Employee Experience 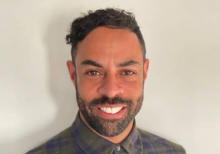 COLIN CAMPBELL-AUSTIN is joining PRS for Music in its newly-created Head of Inclusion and Employee Experience role.

He will lead the society's...