Employment solicitor Deborah Annets has been appointed Chief Executive of the Incorporated Society of Musicians. She succeeds Neil Hoyle who has moved with his family to Scotland.

QUAD, Derby’s new centre for art and film, currently under construction, has appointed Alfredo Cramerotti (pictured) as Exhibitions Officer. He moved to Derby from Bologna in Italy to join the QUAD team.

Ruth McMillan is the new Festival Administrator for the Aberdeen International Youth Festival. She comes from a background in TV production and artist management.

The new Chief Executive of the Phoenix in Leicester is Andy Whitman.

Anna Burns (pictured) has taken over from Joanne O’Hagan as Press Officer for the Cathedral Quarter Arts Festival. Prior to this, she was Gallery & Marketing Manager at Belfast Print Workshop & Gallery.

Marion Sinclair will be taking on the role of Chief Executive for Publishing Scotland. She will be replacing Lorraine Fannin, who will be retiring after 21 years with the industry body.

Tim Croall is the new Head of Marketing and Sales at Salisbury Playhouse. Most recently he has been working for Target Live/Guy Chapman Associates, and has previously held posts at Plymouth Theatre Royal, Swansea Grand Theatre and Qdos Entertainment.

Paul Cater is moving on from Blackbaud to take up a new post as a Senior Manager at Ticketmaster looking after training services in Europe.

The Bristol Old Vic has appointed new board members to join Dick Penny on its board of trustees. They are: Catherine Johnson (writer of Mamma Mia!), Patrick Malahide (stage and TV actor) and Laura Marshall (Icon Films and Bristol Media), Stephen Wray (Director of Culture & Leisure Bristol City Council) and Amy Belson (student).

Christopher Goodhart (pictured) joins the Board of Trustees at The Albany. He is currently European Managing Director, Arts & Cultural Division for Blackbaud Europe and was previously President, International Group for Tickets.com.

Bury St Edmunds Art Gallery has announced two new appointments. Liz Cooper will shortly take up the post of Craft Development Curator. She also manages the international textile exhibitions for the Knitting and Stitching Show and is Administration Manager for Studio Voltaire in London. John Appleyard, who runs a creative studio to support London agencies, is the gallery’s new Marketing Officer. 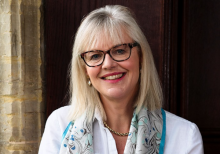 Hopwood's career at Glyndebourne has spanned almost 25 years. She has... 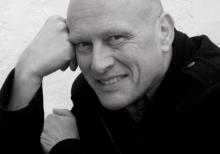 MARTIN DIMERY, Frome Festival's Creative Director since 2007, will retire after the 2022 festival.

Prior to his work with Frome Festival,... 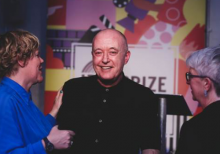 TOM ABELL has been named as the Iris Prize's new chair.

He succeeds ANDREW PIERCE, who chaired the LGBT+ short film prize for... 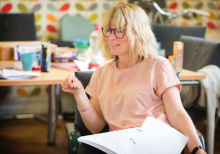 Spark Arts for Children Director ADEL AL-SALLOUM is set to leave on October 29.

Al-Salloum, who has led the charity for nine years, will take...