Liz Hill sets the record straight on the contribution that touring activity by London-based arts organisations makes to the rest of England. 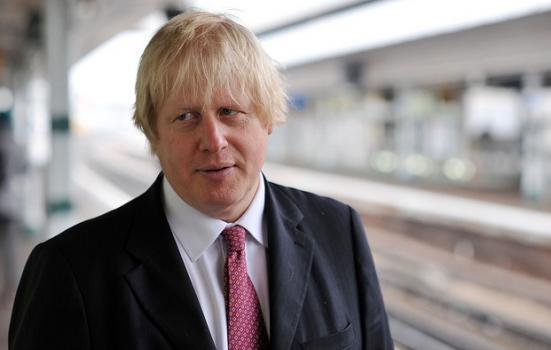 Was the Mayor’s response to the Select Committee report a statistical error or sleight of hand?
Photo:

Sleight of hand by politicians quoting unpalatable figures seems to be de rigueur these days. Only last week naughty Chancellor George Osborne was caught out trying to persuade the British public that the European Commission had suddenly agreed to reduce the UK’s £1.7bn budget bill by half, when closer inspection of the facts quickly revealed that the discount was something the UK had been entitled to all along.

So when the Mayor of London states as fact that more than half of the London-based organisations regularly funded by Arts Council England (ACE) spend 80% of their time outside the capital, and his Deputy Mayor for Education and Culture Munira Mirza is adamant that this “benefits the whole country”, it’s time to spend a few minutes exploring where these seemingly outlandish assertions comes from.

Perhaps it’s no surprise to find that one of the sources is ACE’s now infamous ‘This England’ report. You know – the one that, in order to massage the evidence, tried to persuade us that English National Ballet isn’t a national company; that London is losing out on Grants for the Arts funding; and that Cambridge is a ‘Core City’. What This England actually says (p21) is that nearly 80% of London-based organisations’ “toured activities” take place outside the capital.

Ooops… an easy slip to make, but unfortunately for those trying to make the case to maintain the status quo in arts funding distribution, it’s a rather significant one. Whilst Mayor Johnson and Mirza are apparently labouring under the impression that most of London’s regularly funded arts organisations are generously spending the vast majority of their time out in the sticks irrigating the regional deserts, the reality is that the figure they’re quoting relates only to the 15%* of work that organisations take on tour, and ignores the other 85%* that is presented at their own home venues.

So, for the benefit of Oxford-educated Mr Johnson and Ms Mirza PhD, who, despite their awesome academic credentials, appear to have fallen at a GCSE-level hurdle when interpreting the data, let’s set the record straight:

In fact, if the Mayor’s office insists on evaluating the contribution of London-based arts organisations to the rest of England based on the percentage of their touring work taking place outside their own region (which is not, incidentally, a measure I find particularly helpful), then it will find that organisations in the West Midlands (52%), the North East (62%) and Yorkshire (63%) are all doing more to ‘irrigate’ the rest of England than London is.

But beyond this, Munira Mirza says “arguing for ‘fair’ proportions is beside the point” and in a fascinating debate with Clare Brennan, suggests that, instead of wasting our breath on comparisons such as these, we should be talking about “the importance of arts funding across the board”. All well and good, except that George Osborne has already warned of a “year of hard truths” ahead, with cuts of £25bn after the next election if the Conservatives are re-elected, and ACE is scenario planning for cuts of up to 15%. I’m not sure what tricks Mirza has up her sleeve to persuade Osborne to exempt the arts from his plans, but if she thinks talk of the importance of arts funding will do it, she is clearly delusional.

She does have another suggestion though – that everyone should realise “it’s better to have a smaller slice of a very large and tasty pie than a more equal share of a small but less tasty version”. A couple of points here. Firstly, in the absence of any evidence to back it up, the implication that arts activity born outside the capital is somehow second-rate is offensive in the extreme, and I wait with bated breath for ACE to set the record straight on that. But even if it were true, this comment suggests that Ms Mirza has never experienced hunger before, because if she had, she’d know that, however tasty the crumbs from the table may be, when you’re hungry they’re no substitute for a good meal. Marie Antoinette learned that lesson the hard way.

*ACE hasn’t published any recent figures revealing the ratio of NPOs’ toured activity to home-based activity, but its Key NPO Data for 2012/13 (p35) states that England’s NPOs delivered a total 291,000 ‘activities’ (i.e. opportunities for  audiences to attend or participate) that year. In 2011/12 (the most recent figures available) a total of 40,000 of such activities were delivered on tour, hence the estimate of 15%.

We've been saving up for weeks to be able to afford the train fare, tickets and accommodation to come and see something in London. Boris and Munira had us so worried that most of their theatres, concert halls and galleries were now dark for 10 months of the year! Thank you Liz for the reassurance. And we've only got another £300 or so to save up.

Fairer regional arts funding amounts to “glib London bashing”
It’s England, Jim, but not as you know it
Regional funding imbalance “must be urgently rectified”