Why I shunned the art world

Reclusive artist John Middleton has just held his first exhibition for 40 years. He explains why he rejected the world of commercial art to 'become a caveman'. 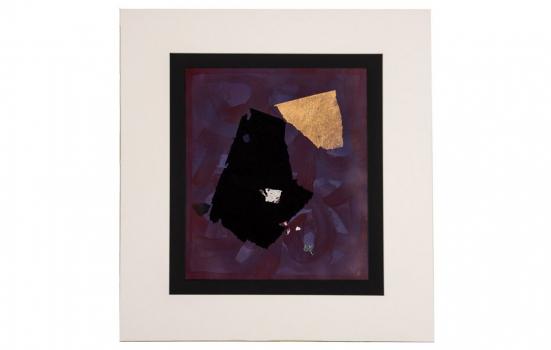 I never wanted to be an artist and never set out to be one. I left school at 15 and always did paintings wherever I was. By the time I was 23 I was married with a kid and working on a building site. I decided to move to Leeds and study art. That’s when I first started looking at real art – Henri Matisse, Picasso. I was fascinated by the paint. I didn’t give a toss as to what the painting was supposed to represent. I was only looking at the paint, and that’s what I studied from that moment on.

In the art world, you have to sell – you're bound by the trends, by the styles of the day, by what galleries want

Fast forward to the late 1960s, and I was hawking my work around different galleries. They said they liked my work but that there was this and that and the other to consider, and to come back in three years’ time with ‘a style’.

That’s when I realised that art and commercial art are two different things. I don’t fault either, but I know that one is for me and one isn't. Being an artist is a career move. You have to want to earn a living as an artist. I’ve never had that commercial ambition. I paint because I’m a painter – and the spirit of paint and art flows through me. I made the decision to take myself out of the art world in the 1970s, and I haven’t looked back since.

As a painter, not an artist, my job is to be a free person living in this tangled mess of politics and society and religion. Not to comment on it, not to make a stand. My job is to pursue my aim in life and that is to get up in the morning, go into my studio and paint. That is the entirety of my ambition. And that’s why I took myself out of the circle of shows and galleries and styles and commercialism.

The way I have survived independently as an artist for all this time is due to a group of people who believed in my work and attitude. If it were not for them, I would not have had the opportunity to dedicate myself to art fully.

Sometimes, I’ll see an image in a magazine or on television that strikes something in my subconscious. More often I will go back in time for inspiration. I transport myself back 25,000 years and become a caveman and do a cave painting. Rather than a wall, I use a piece of paper, but it’s the same thing. And the materials that I use – gouache and watercolour – are the closest possible to the caveman’s charcoal and ground stone.

I do my paintings for myself. If people like the paintings, I don’t mind them going to a new home. But I’ve turned money down from people for a painting that I didn’t want to part with. That’s the big difference for me with the art world I experienced in the sixties.

In the art world, you have to sell – you're bound by the trends, by the styles of the day, by what galleries want. You make things dependent on what people want to buy. When I was younger people kept telling me to do oil paintings because that’s what was selling. I tried it. I made a mess on my hands and my clothes and everything took months to dry. And then I put the oil paints away and dedicated myself to what I wanted to create as a painter, free of all that.

I’ve just held my first one man show for probably 40 years. It was time for me to come out of my studio and embrace the outside world. Whether I sold anything or not was immaterial because I knew the next morning I’d be in my studio and I’d be painting again. But art is to be seen, to be enjoyed, and I wanted to see if we could get some people to view my work. I enjoyed exhibiting again.

Living in the old world

Although I removed myself from it, I keep an eye on what is going on in the world of the arts. It’s changed a lot since I was involved with it. The art world changes as the world changes, and it’s been decades since I was traipsing round those circuits.

I find it very interesting to see what Damien Hirst and all that lot are up to, but it’s not real to me because I’m not living in that world. I’m still in the old world. And I’m at the end of it. It’s too late for me to start thinking or changing the way I do things. As the Masai say: “This is the way it is and that is the way it was.” They have no concept of the future because it doesn’t exist to all of us. That’s the way I like to look at things.

John Middleton is an artist.
@RedHouseGallery

This article was drafted in collaboration with Gideon Fireman.

Why I shunned the art world