Why are arts workers always pigeonholed?

By labelling people as either creators or administrators the sector is losing out on a host of valuable skills, says Rachel Griffiths. 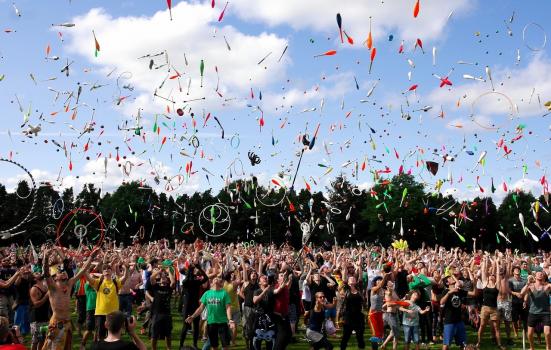 I first heard the word ‘polyvalent’ while living in France over 20 years ago, during a year abroad when studying French and Drama at the University of London. It translates as “capable of being used for many purposes; a versatile tool.”

During my time in the country, I taught English, did some translation, took acting classes and performed here and there in local theatre productions. I realised I wanted what polyvalent could offer, but bearing in mind this was before the days of the portfolio career, found it hard to discover my tribe of fellow ‘versatile tools’ upon graduating. It seemed we had to make one choice, and to pursue that for all we were worth, waiting tables to pay the rent.

Three decades later, the notion of making ends meet by pursuing a variety of options has become an acceptable way to earn a living. But the arts sector has still not learned to value the contribution of those who are proficient in more than one discipline within the sector. Instead, there is a widespread feeling that not being single-minded reduces the quality of what you bring to the table.

Think about the role of a project manager in a theatre’s learning or outreach department. Typically, an applicant for this kind of job will have come from an applied or participatory arts background, with experience of designing and delivering workshops. By choosing to work inside an organisation, they gain a secure income and workmates who know their name – but they have to give up the chance to use and develop their specialist delivery skills.

Why don’t theatre organisations harness the breadth of their employees’ skills and invite them to deliver some of the creative content within the projects they manage? After all, these are the people best placed to understand the scope of project in the first place. Investing in their broader experience would help the employee feel valued for, rather than compromised by, their different skills.

Conversely, the freelance practitioner who delivers theatre projects in a variety of contexts might choose to earn additional income by producing, managing projects as well. This does not mean that person isn’t ‘good enough’ to get the directing or devising work. It means they are and they have additional skills: simultaneously spinning the plates of facilitating a room of teenagers, managing a production budget and writing an evaluation, for example.

As it is, there seem to be some glaring double standards. Working behind a bar or waiting tables is not usually considered to take away from the purity of someone’s artistic pursuit. But woe betide the artist who adopts a second or third income stream from within the creative industries: they risk compromising their chances of winning artist-led work.

I used to work for a major publicly funded theatre organisation. That job taught me a huge amount about setting up projects, managing artists and budgets, producing marketing materials, and writing reports. But my training as a performer wasn’t called upon. That was for the artists.

After a break to raise two daughters, I jumped over the fence and for the past 10 years I’ve been one of those artists – making work in schools, international businesses, Indian streets, women’s safe houses. In addition, I have consulted on awareness-raising for a refugee resettlement charity and evaluated other people’s creative projects in schools.

I’m fortunate to have access to such a variety of work. But the breadth of my experience increasingly seems to be a disadvantage. The purely creative work eludes me because of my administrative, project management roles; the latter are harder to pin down now because of my artistic work.

It would be a shame if the sector which should be leading the way in valuing variety, breadth and polyvalence turns out to be the sector where being capable of many things is a weakness, not a strength. What if we adopted the improvisation technique of ‘accept and build’, believing that each piece of work someone does contributes to the next; that their success in one role derives from their capacity to fulfil another?

Let’s broaden our mindsets and our job descriptions. Let’s celebrate the people who can lead an inspirational workshop before returning to work on that spreadsheet; who can produce a strategy document one day and a play the next.

Why are arts workers always pigeonholed?