‘Thank you for encouraging me to express myself’: how the arts are supporting mental health in schools 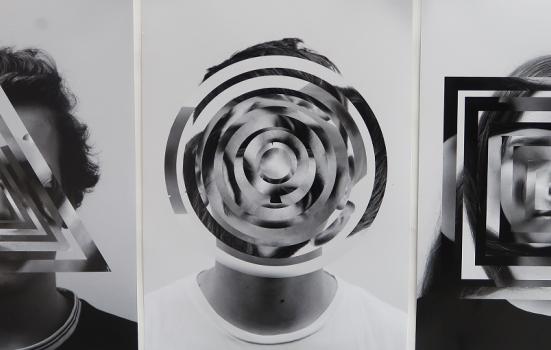 An artwork from Carmel College

The crisis in young people’s mental health is real and urgent. According to Young Minds UK, one in eight children have a diagnosable mental health disorder. That’s roughly three children in every classroom. Recent research by the charity has found that half of all mental health problems manifest by the age of 14, and 75% by the age of 24.

A comment from a year 12 student in Gateshead conveys the pressures faced by young people: “This year we have to do everything. We have jobs, exams, relationships, and we learn to drive. It’s hard to shut off and relax.”

Culture Bridge North East supports and showcases innovative, creative arts education in schools across our region. As part of our recent ‘Secondaries Create’ campaign, we featured ambitious work at two schools that are using creativity to support students’ mental health.

One of these is Wickham School and Sports College (WSSC), which launched its Healthy Emotional Lives Programme (HELP) a year ago, in partnership with Gateshead Council and four feeder primary schools. The programme takes an innovative approach that enables collaboration between a youth mental health nurse and an artist in residence, John Quinn. John and students co-create artworks exploring themes around mental health, including a recent spoken word performance on the development of the teenage brain. For World Mental Health Day, a film of the performance was created and shown at a local mental health conference. “The students involved in making the film spoke about their issues with anxiety and mental health, and it blew the 150 delegates away,” says Steve Haigh, Head of WSSC.

John is also collaborating with the Deputy Head at one of the participating primary schools to create emotional toolkits as a long-term resource for teachers to use independently.

The other featured school was Carmel College, which has created the Emmaus Centre, a dedicated nurturing environment on its premises where young people can access an array of support for anxiety, stress, bereavement and many other problems. The College has been self-funding the Centre for many years as a core part of the school, and students can be referred there by school staff, or drop in themselves during breaks.

Diane Walker, Student Wellbeing Assistant, explains the value of using art in therapy for students: “I use creativity as a tool to relax and engage the students and to give a focus to our sessions,” she says. “Often young people find it hard to verbalise their emotions. Creating something visual can be easier, and it can feel less intrusive.”

One of Diane’s creative tools is a sand tray, in which students can move the sand around with their hands, creating images. (One student called their work ‘Frustration Hurts’.) This approach allows Diane to ask if there is a story to go along with the image – students often respond by telling the narrative in the third person. In later sessions, they may reveal that the character in their story was themselves.

Staff at both schools confirm the impact these approaches have on individual students. For example, Jane Bowler – the youth mental health nurse at WSSC – was having problems connecting with a struggling student. When the student mentioned that they loved art, Jane arranged for them to have a one-to-one session with digital artist John. Through these sessions, John built a relationship of trust with the student, who has now begun to open up. The artwork the student created has also enabled more in-depth discussions.

The benefits are also appreciated by the young people. A student at Carmel College recently said: “Thank you for encouraging me to express myself and be who I am without judgment.” Both schools are committed to running these programmes on a long-term basis.

WSSC’s programme began in 2018 and is funded through contributions from each participating school, together with support from Gateshead Council and Culture Bridge North East. The roles of the youth mental health nurse and artist in residence are dependent on future funding. But continuing professional development (CPD) for teachers has been an integral part of the programme from the start, ensuring school staff have the skills to maintain and continue the work. Teachers have taken part in CPD sessions including training in creative approaches to anger management and emotional resilience. The art faculty at WSSC has found that connecting their work to mental health has helped give legitimacy to the exploration of new artistic approaches and ideas.

These schools have found that the arts provide a unique opportunity, giving young people the time, space and materials to explore and express issues which otherwise lie hidden. Their example demonstrates that by collaborating with the arts and culture community, it’s possible to take a fresh and effective approach to supporting better mental health in schools.

‘Thank you for encouraging me to express myself’: how the arts are supporting mental health in schools